Riverdale soundtrack: The ultimate playlist of songs from the series so far 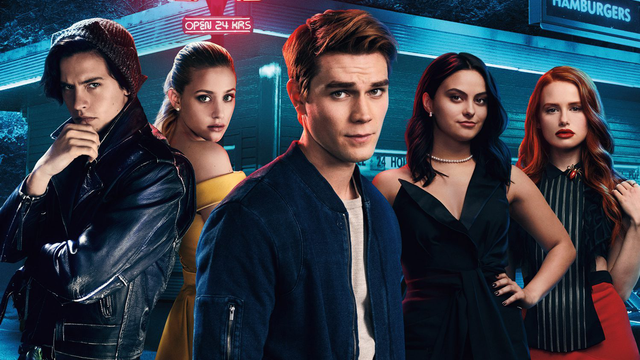 An official Riverdale playlist made up of the standout songs from the soundtrack in season 3 and before...

It's no secret that Riverdale is THAT series. Ever since the US teen drama first aired on The CW in 2017, it's captivated us with its wild storylines and talented cast. From season 1 to season 3, we've loved every single minute of it. However, the show wouldn't be half as brilliant without its incredible soundtrack.

From the amazing songs which feature in every episode to the cast renditions of classic hits in La Bonne Nuit and beyond, Riverdale and its music never fail to entertain us. Over the course of three seasons, we've heard everything from impromptu covers of Beyoncé and Kelis to moving moments soundtracked by Billie Eilish and Harry Styles. We're obsessed.

With that in mind, we've gone through every single episode of Riverdale and put together an exclusive Apple Music playlist containing all of the standout Riverdale songs from season 3 and beyond. We'll also be updating it when season 4 begins. Just hit the 'add' button on Apple Music and you will be able to listen to it all year long.

Make sure you check out our other Apple Music Playlists too: