Here are some new illustrations from artist Jim Kay. We're already saving up for yet ANOTHER set of books.

When it comes to reading fiction, there's no denying that the way you picture a character in your head can be forever changed by a good piece of art. So when a series of much-loved books are being reprinted for the umpteenth time after a hugely successful movie franchise, you already have your work cut out for you.

But artist Jim Kay seems as though he's up to the challenge of illustrating the biggest children's series of all time - Harry Potter. Jim's art will become an integral part of the deluxe illustrated hardcover editions of the series, staring with the first book's release in October.

"I am very pleased to announce that I will be working with Bloomsbury Publishing for the next few years," announces Jim in a post on his site. "More news soon, I’ve got to get busy drawing!"

Luckily we don't have to wait that long, as five of Jim's drawings of some of our favourite characters have appeared online today. But how do they size up to the story, and are they an improvement on the movie characters we've grown to love? Let's have a look: 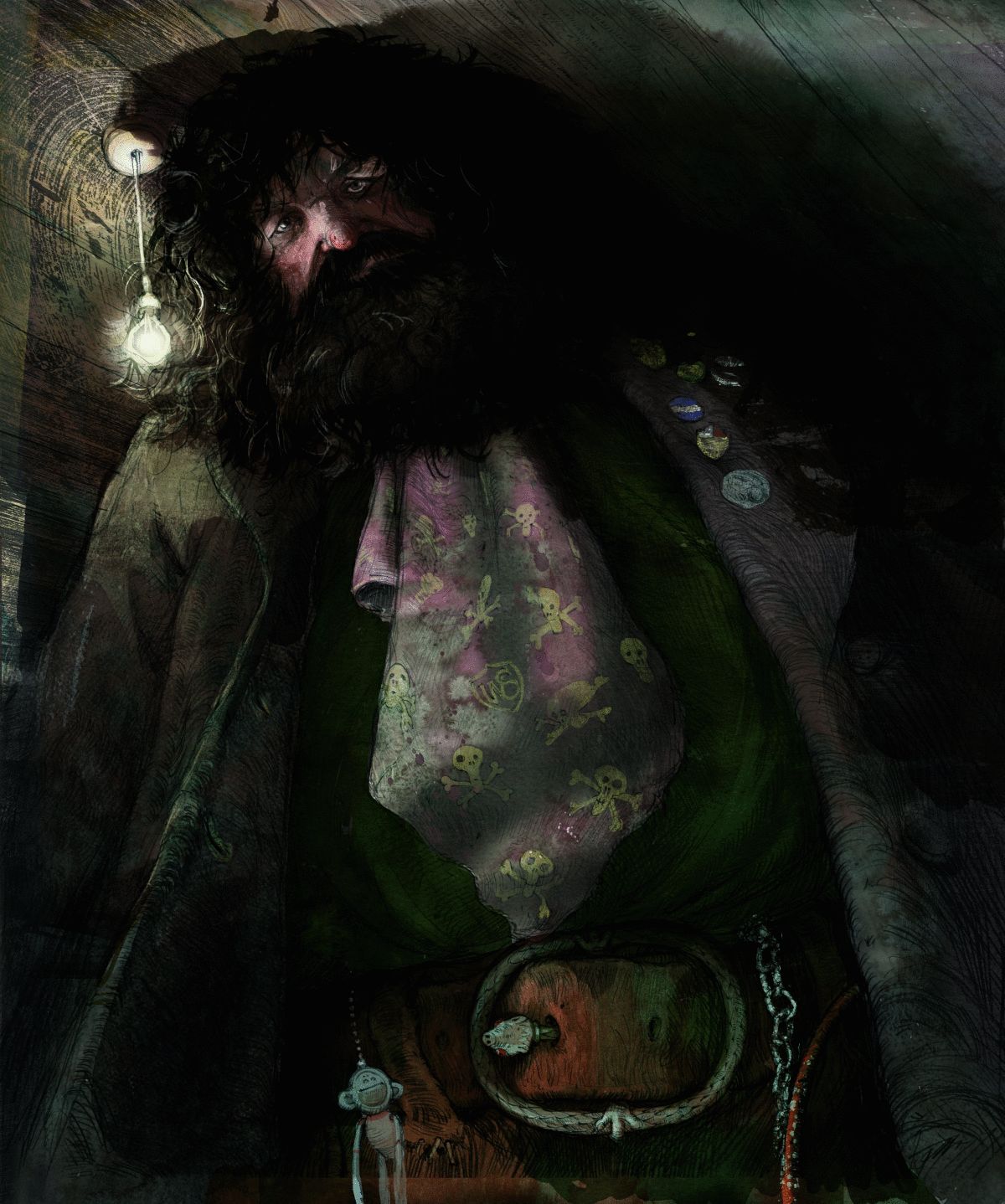 Robbie Coltrane's version of the gentle half-giant is very hard to improve on, and was one of the most accurate adaptations from the original covers. So it makes sense that Kay's version follows the same pattern. 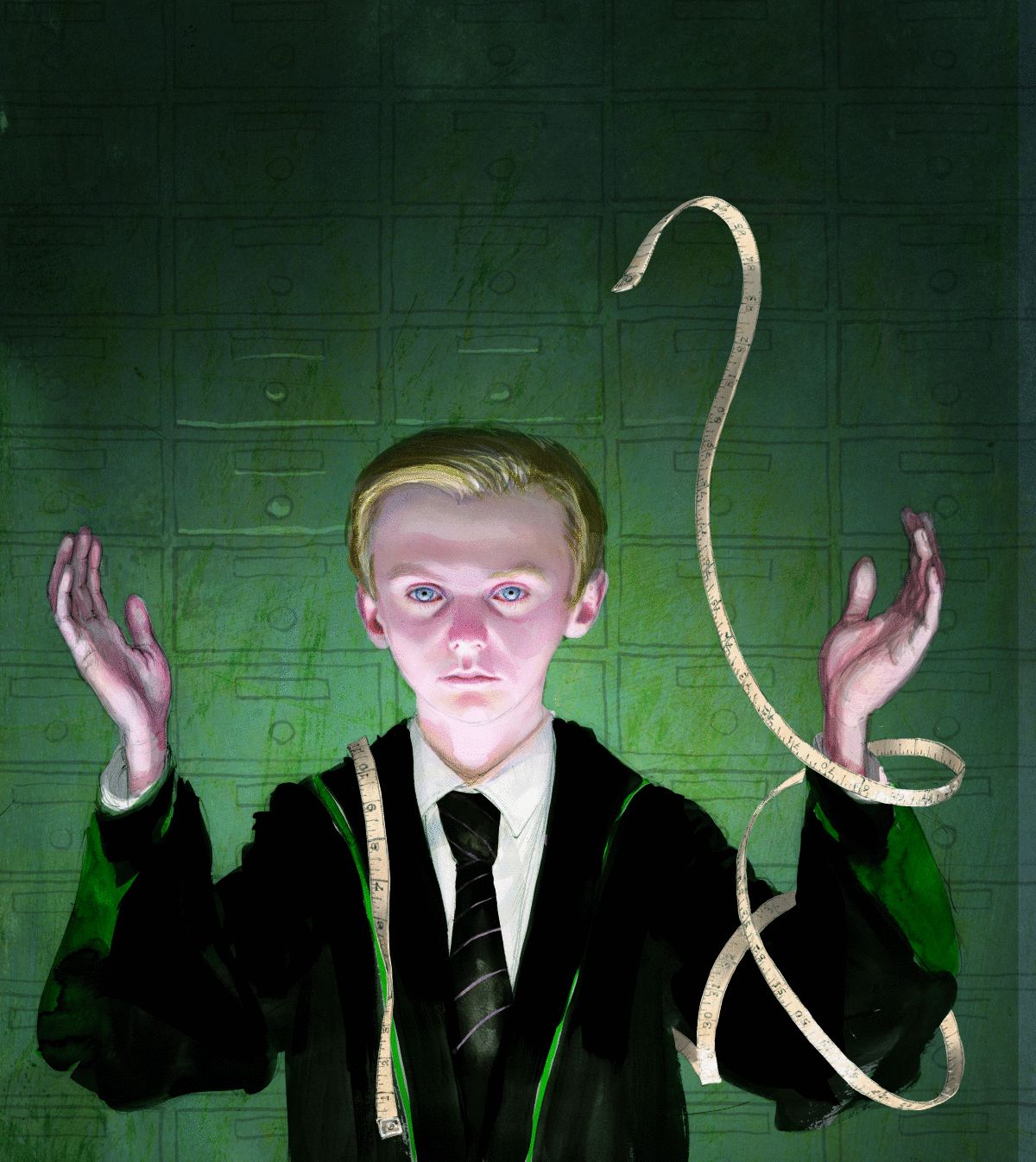 Presumably this image is based on when Malfoy first meets Harry, while getting his robes fitted in Diagon Alley. But this isn't the cute blonde Tom Felton-y figure you're familiar with - this arch rival looks a lot more suitably creepy. 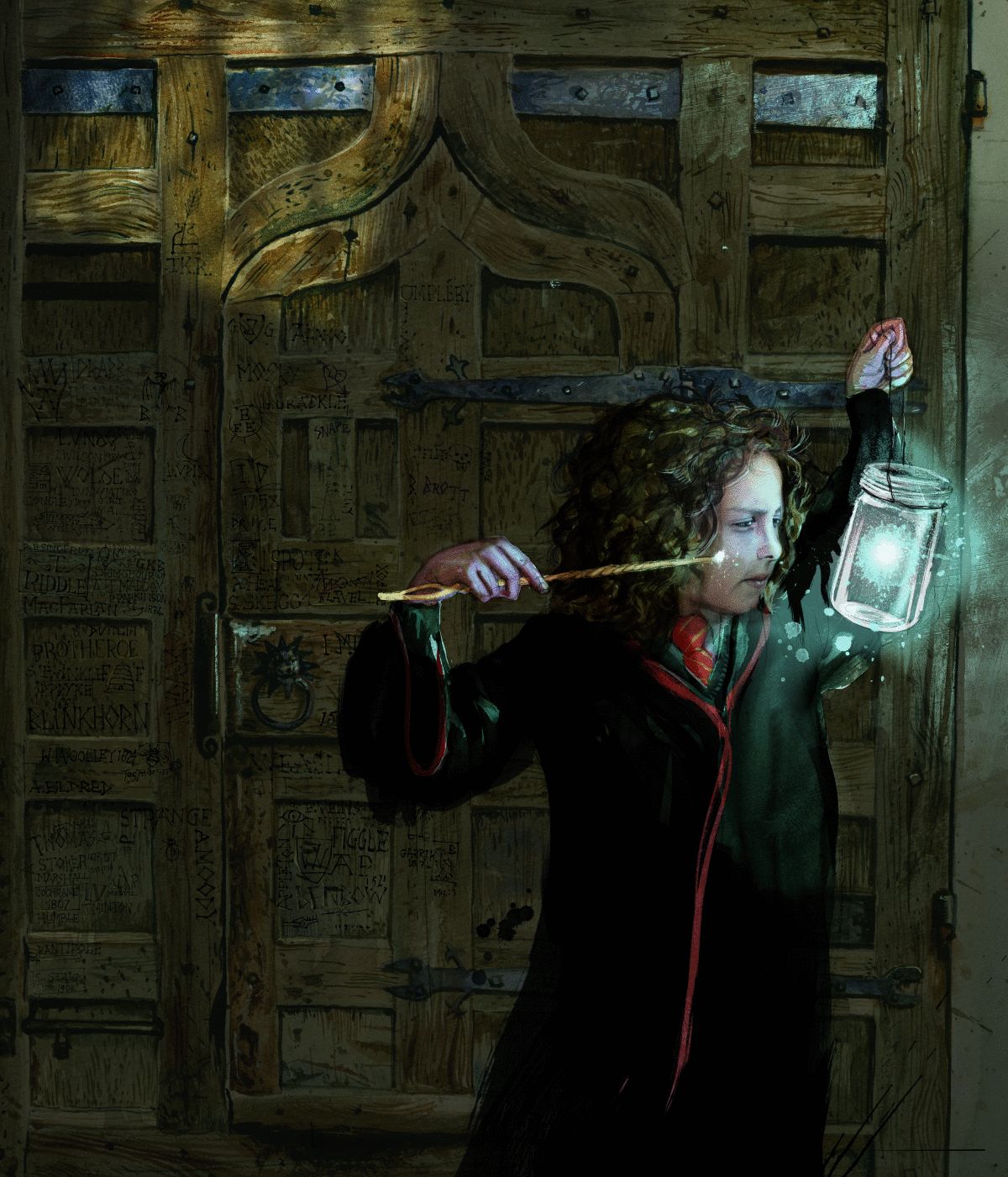 Remember the "bushy hair" book-Hermione had, that was abandoned after the first movie? We're seeing a bit more of that here which is cool.

I'm also gonna allow myself some extra geekery here and point out that with the spiral AND the flower-shape at the end, the wand in this art looks a bit like a combination of Hermione and Luna Lovegood's movie wands. Sorry, I'll let myself out. 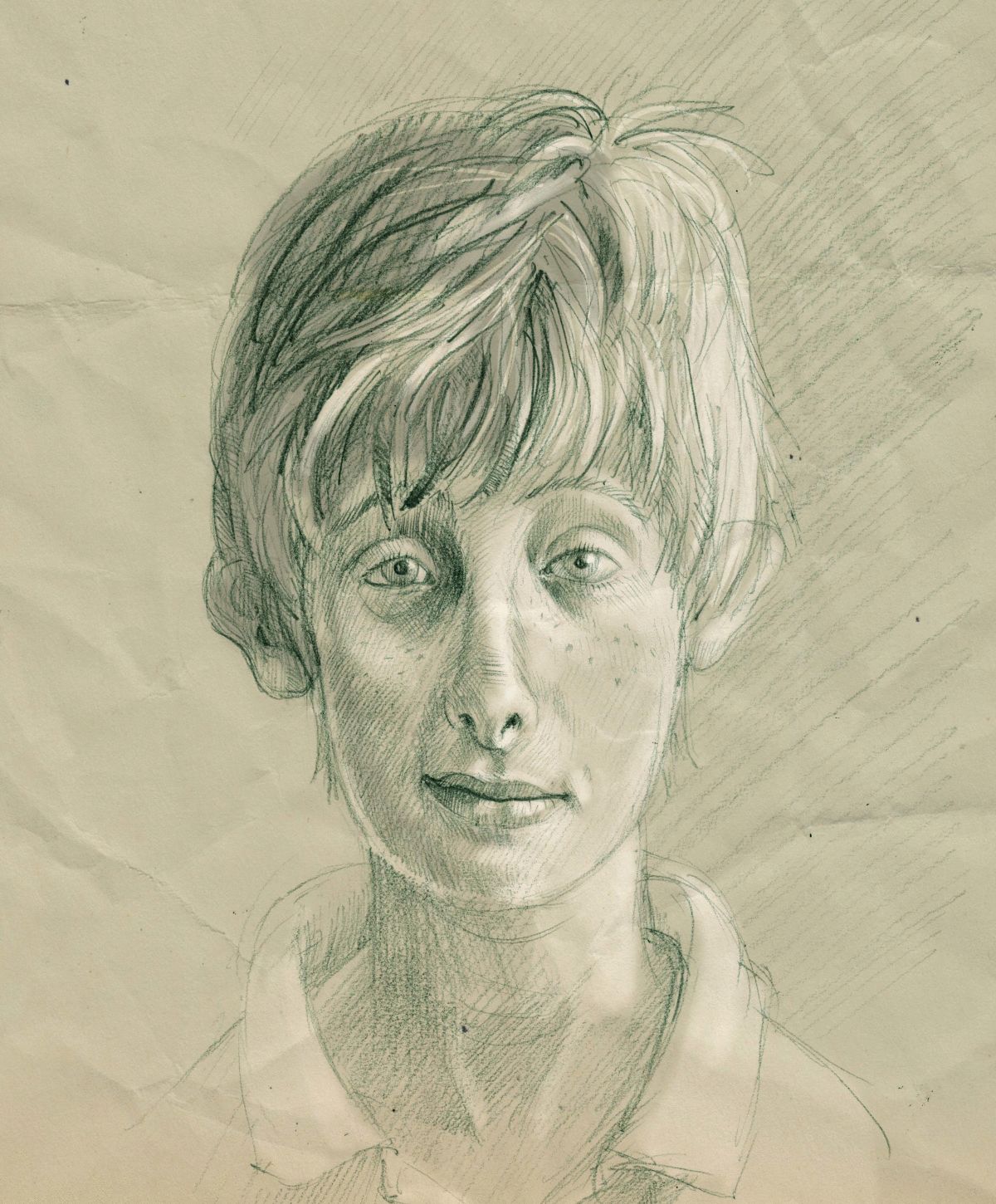 The long nose! The freckles! The gangly appearance! This is way more accurate to how Ron was described on paper - no disrespect to Rupert Grint, the dreamy ginge. 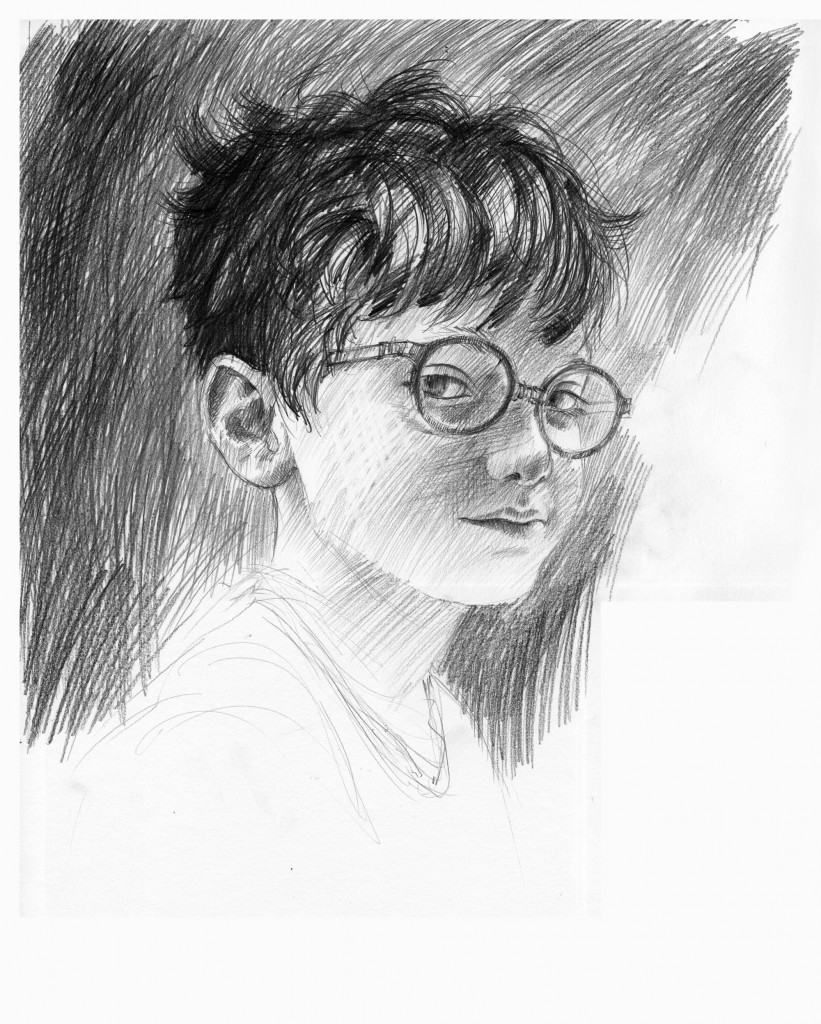 Look at that baby faaaace. It looks like Jim Kay has taken some inspiration from Daniel Radcliffe (and how could you not)? But added some of the more Potter-y traits, like the constantly messy hair. This kid has no idea what's in store for him.

5 Stories We Wish J.K. Rowling Was Writing For Her New Christmas Series