A Tame Impala Fan Asked For New Music And They Were Like "Sure, Why Not?"

Listen to "Disciples", dropped by the band after a fan in a Reddit AMA asked nicely.

People are demanding new stuff from their favourite artists all the time: "new music!", "collab with this person!", "please come to Brazil" etc. And more often than not, those pleas fall on deaf ears; unless, apparently, you're a Tame Impala fan.

During a Reddit AMA with the band's frontman Kevin Parker this week, a fan asked to hear something new from the band's upcoming third album (after a little prompting from the man himself). Well if you don't ask, you don't get, and Kevin's response made people in the thread go wild. 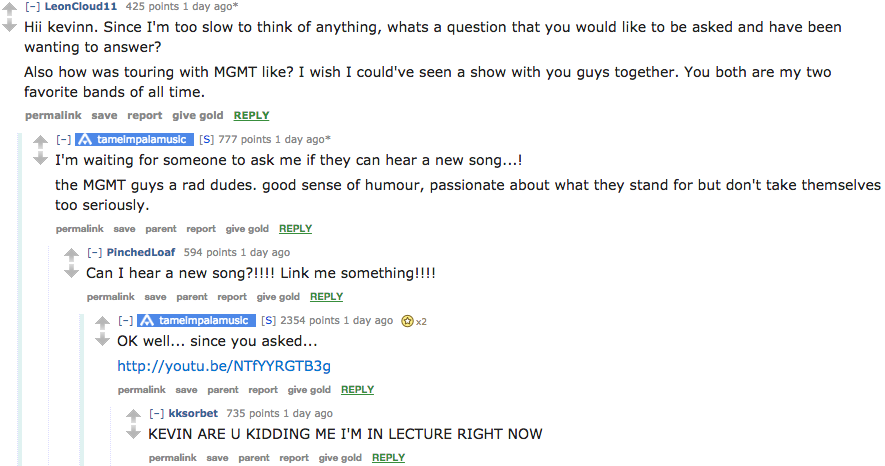 "Disciples" from Tame Impala's upcoming third album Currents, was ready and waiting on the band's YouTube channel. And it's a pretty solid track; with a blend of 80's moderniser, 70's rock guitar and a 60's Beach Boys-esque groove, you might describe it as "decade-bending-sufer-synth". We're into it.

Currents doesn't have an official release date yet, but you can listen to the new track below.

Here's Why Every Artist Should Release A Surprise Album