'The Life of a Wannabe Mogul' has been number one on Amazon for weeks.

Bella Thorne has been through the ringer lately, but she's definitely coming out the other side. Last week, Bella Thorne's Twitter account was targeted by hackers, who sent offensive tweets from her account and threatened to release her nudes. To reclaim her power, Bella then published her own nudes. Now that's over, she's back to business and promoting her upcoming book, The Life of a Wannabe Mogul (available 23 July).

The book is a collection of poems and more about Bella's personal struggles, relationships and transition from Disney star to the woman we see today. But inside, Bella has poured her heart out about the abuse she suffered when she was just a child.

The Assassination Nation actress bravely opened up about the harsh reality of her childhood during an interview with BUILD, a live interview series.

"Obviously the transition it's really... it's definitely tough, you know, it is what it is," she explained. "It's like anything in my life. I mean, if you read the book you'll be like, 'Haha transitioning from Disney to this was fucking easy.'

"I don't know getting molested for fucking... from your six to you're 14 seems like way harder circumstances, or being physically abused all of the time seems like a much more difficult situation than to fucking have paparazzi following you since you were 12."

Bella first shared that she had been molested in December 2017 on Twitter, after a fan asked what Disney had done to her. She later revealed more about it in an honest Instagram post.

I was sexually abused and physically growing up from the day I can remember till I was 14..when I finally had the courage to lock my door at night and sit by it. All damn night. Waiting for someone to take advantage of my life again. Over and over I waited for it to stop and finally it did. But some of us aren't as lucky to get out alive. Please today stand up for every soul Mistreated. #timesup

She continued: "I don't know, I was still being molested when paparazzi were still fucking following me. So it's pretty hard in my mind to think about these big, flash light photographs and everyone thinking they know me and talking about me, but having no idea the type of mistreatment that I was still dealing with at that time – that everyone around me saw and did nothing.

Yeah I was. So it wasn't Disney https://t.co/rXasG4pqov

The world can be a sick place sometimes :/

"So I don't know, you tell me what's so hard, because that to me? Way harder than any of this other shit that I do on a daily basis." 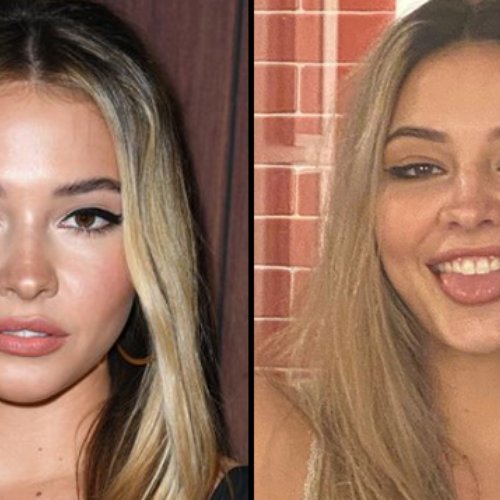