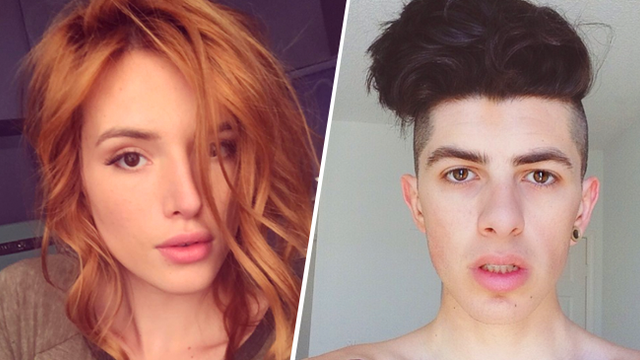 Well, this one is a bit controversial isn't it. Apparently, by the looks of a few pictures that appeared on problematic YouTuber Sam Pepper's snapchat last night (Jan 12.), he is now dating Bella Thorne.

In case you forgot, Sam was at the centre of a sh*t storm in 2015 after being accused of sexual assault and uploading a disgusting prank video where he 'pretended' to murder someone in front of their distraught friend. He's since apologised for his actions.

The pictures included one of Bella in a mirror and one of them holding hands.

The plot thickened when this tweet from Bella was rediscovered from earlier last week, leading her fans to believe that the initials at the end of the tweet was in reference to Sam.

I like the thought of you tweeting things that could be about me, but only me and you would know. -sp

The internet at large, aka mostly people on Twitter who love drama, were quick to react to her new controversial 'boyfriend'.

BELLA THORNE AND SAM PEPPER ARE A THING IM WHEEZING

how did bella thorne go from tyler posey to sam pepper. can you say biggest downgrade of the century

selena and the weeknd, bella thorne and sam pepper, trump is going to be president WHAT IS GOING ON

One even made jokes about Sam's previous behaviour.

blink 3 times if sam pepper is holding you hostage @bellathorne

Even Ricky Dillon couldn't handle it.