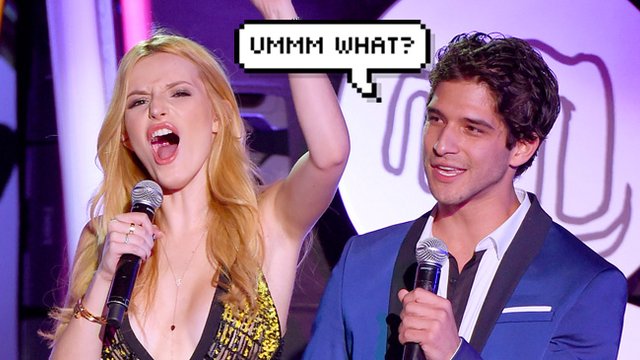 And that's not all!

This is kinda hilarious and cringey and we really don't know where to look!

Bella Thorne took to Twitter today (18 Jan) to defend her ex-boyfriend, Gregg Sulkin, after photos alleged to be his nudes leaked on the internet.

But instead of just denying the existence of the pictures, or sending a tweet to deny it was him, Bella took things one step further and QUOTE TWEETED the original photos of Gregg, saying, "Haha I'm telling you this isn't greggs dick". Oh. My. God. 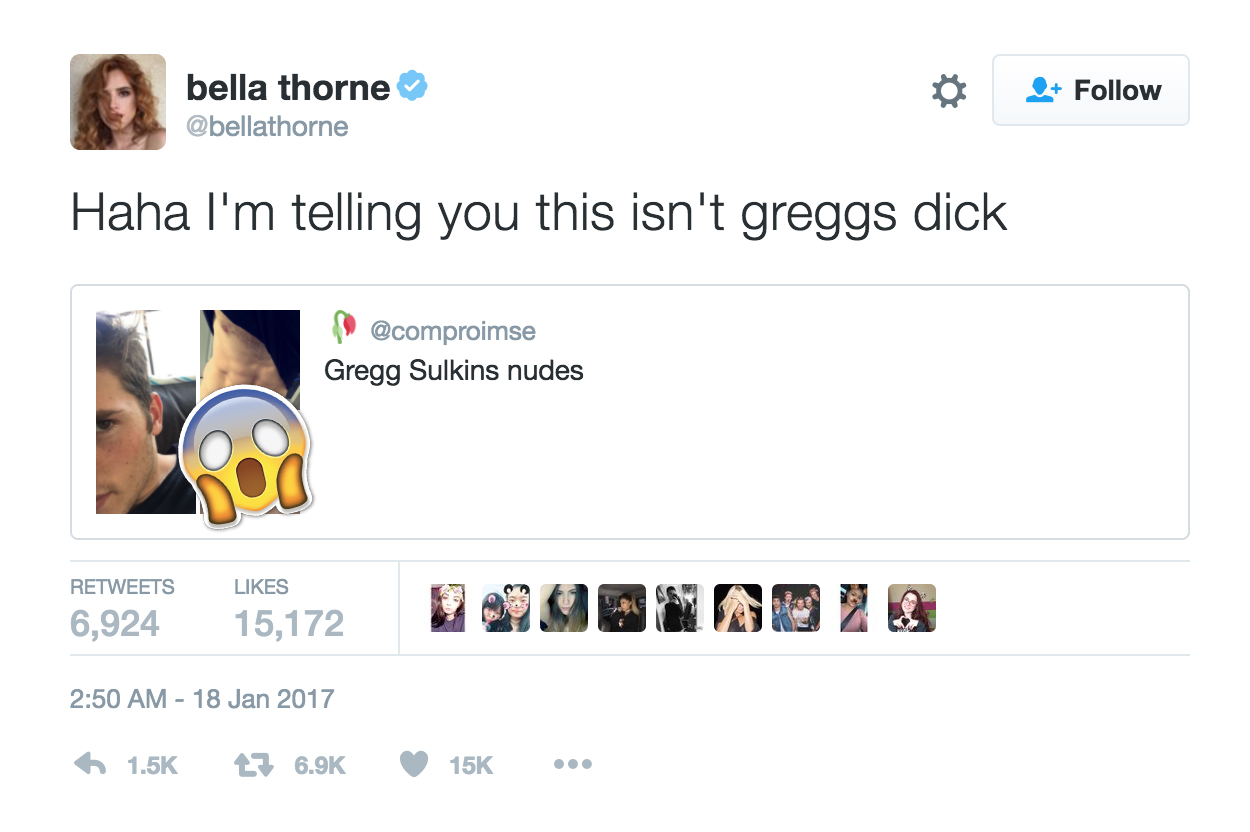 Then it only gets worse from there as the thread that Bella quote tweeted also contained intimate videos and photos from other celebrities including her other ex-boyfriend Tyler Posey, his Teen Wolf co-star Cody Christians, Ricky Whittle from TV show The 100 and British Olympic diver Chris Mears.

It's unclear whether Bella is aware she just shared VERY EXPLICIT videos of her ex-boyfriend Tyler Posey on the internet. It would be strange if she did, considering only the day before she was calling for harsher laws against cyber bullying and calling Tyler "an angel".

We would suggest Bella delete the tweet but it's been *ahem* up for 8 hours, so we're guessing everyone has already seen it. We bet it's going to be awkward the next time Bella meet Tyler... or Gregg, Cody, Ricky or Chris for that matter. Ooops!

Louis Partridge: 13 facts about the Enola Holmes actor you need to know

Olivia Rodrigo: 24 facts about the Drivers License singer you need to know