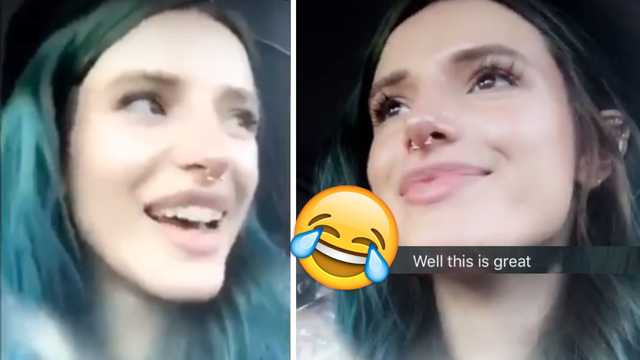 When you try to escape memories of an old flame but...you can't

Do you know this feeling? The one just after you end things with someone and suddenly they're everywhere? You keep coming across the junk they left at your house; their favourite film appears first in your Netflix recommended; their favourite band is playing in your car as soon as you get in?

Well, imagine you're Bella Thorne (post Puth-gate) and "We Don't Talk Anymore" comes on the radio. I would imagine that, suddenly it becomes very clear that the universe may actually be laughing at your expense.

Bella doesn't take herself too seriously, though. Judging by her reaction to hearing Puth's song on the radio, we're guessing she's able to have a sense of humor about the whole thing. 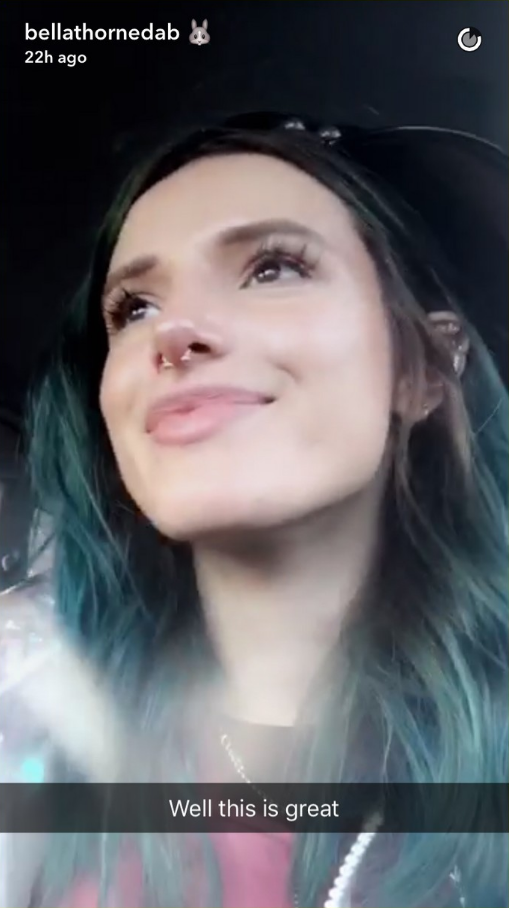 In case you missed it, last December Bella was accused of cheating on ex-Tyler Posey with Nice Guy™, Charles Puth. Charles did little to defend Bella against the rumors, publically tweeting that "no one deserved to have their heart messed with".

As it turns out, the whole thing was just a big misunderstanding. She and Tyler had broken things off weeks earlier and Bella was innocent the whole time.