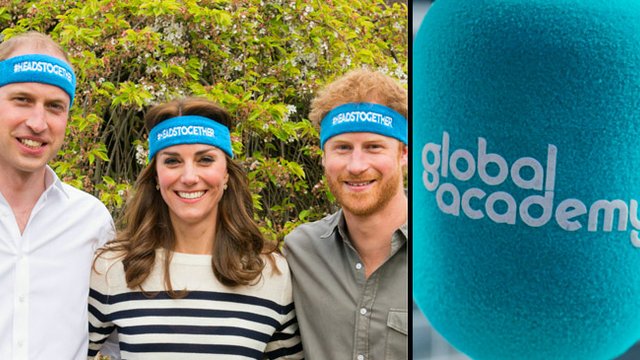 The Royals will be there to discuss their Heads Together campaign which aims end the stigma around mental health.

The Duke and Duchess of Cambridge and Prince Harry have announced that they will officially open The Global Academy today in their capacity as patrons of the Heads Together campaign, which aims end the stigma around mental health.

The Global Academy is a one of a kind state school for students aged 14-19, designed to prepare students for careers in the broadcast and digital media industry and was founded by Global. As well as giving young people a route into the media industry, the curriculum at The Global Academy includes an hour of mental wellbeing every week, recognising the issue and removing the stigma often associated with it.

In honour of the opening, Global is running a special day of programmes across its stations to encourage people across the country to talk about mental health.

During their visit, the Duke and Duchess of Cambridge, along with Prince Harry, will meet students training to be the next generation of production staff and journalists. Their Royal Highnesses will also get involved in a roundtable discussion about their work with mental health campaign, Heads Together with presenters from Global radio stations such as Capital, Heart and LBC.

Students at The Global Academy will work towards GCSE and A-Level qualifications and learn the hands-on skills to apply for jobs in the media industry, working towards Ofqual-approved diplomas in broadcast and digital media from the Global Academy’s university sponsor, University of the Arts London, and other awarding bodies.

The Duke and Duchess of Cambridge and Prince Harry will officially open The Global Academy on Thursday 20th April.