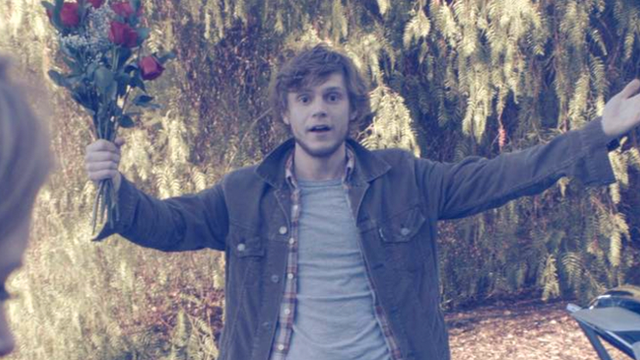 Drive away with me in your Mustang, Evan.

Just in case you were starting to really suffer from those American Horror Story withdrawal symptoms, a small yet wonderful gift has arrived to make things a little easier for you.

Your spooky bae Evan Peters - still rocking that ginger hair - has just made his music video debut and it is GLORIOUS. He stars in the video for The Grand Southern's 'Traded Heaven' that sees him head off on a road trip with his girlfriend (Renee Olstead) before getting into an argument with her, driving away (rude) and ultimately winning her back with flowers. Swoon.

SPOILER ALERT: Nobody dies! Hoorah! Watch the video below.