J.K. Rowling Sent Harry Potter Books To A Girl In Syria And It'll Break Your Heart 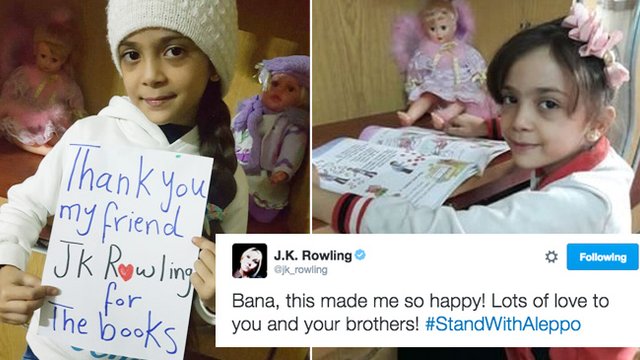 7 year old Bana from Aleppo opens up to the author via Twitter...

J.K. Rowling has sent a full set of Harry Potter books to a young girl in Aleppo, Syria who has been posting about her experiences online.

7 year old Bana Alabed began tweeting with her mother, sharing videos and pictures of her experiences during the ongoing war in her country. 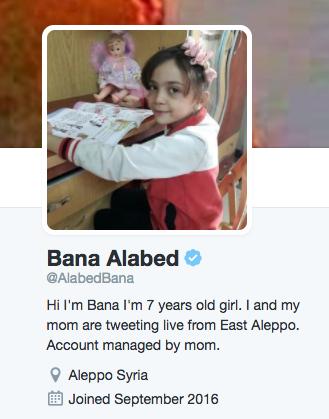 Bana also loves reading  to escape from the war and recently discovered the wizarding world of Harry Potter by watching the first movie on TV, tweeting J.K. Rowling directly with this heartfelt message:

Hi @jk_rowling I watched Harry Potter movie, Bana would like to read the book.- Fatemah #Aleppo

Plus, she even managed to arrange for some e-books to be sent over to Bana so she can read the whole series!

My friend @jk_rowling how are you? Thank you for the book, love you from #Aleppo. - Bana pic.twitter.com/c84b4Zux0G

And she's sharing with her two brothers so they can all enjoy the series.

My brothers want to read the Harry Potters too. - Bana #Aleppo pic.twitter.com/ZW6AGggOZj

Bana's mother Fatemah spoke to CNN and said that Bana was making her way through the books "little by little" but that it is often heartbreakingly difficult.

"It's too early to choose a favorite character," Fatemah said. "Especially today, many bombs distracted her."

At the time of writing, Bana's most recent tweets detail a night of heavy bombing, destroying their family home and leaving them close to death.

Under heavy bombardments now. In between death and life now, please keep praying for us. #Aleppo

Tonight we have no house, it's bombed & I got in rubble. I saw deaths and I almost died. - Bana #Aleppo pic.twitter.com/arGYZaZqjg

Stay safe Bana. Our thoughts are with you and your family.

The year according to Rina Sawayama: 'What would I like to stay in 2022? Liz Truss'

The year according to Jinkx Monsoon: 'It was pretty crazy when RuPaul forgot my name'