Yo, Leo! Imma let u finish but... I got another call waiting.

In case you missed it, Kanye has been making some super important tweets and phone calls about his new Yeezy collection and THAT album.

I have to call @FloydMayweather and @LeoDicaprio, I spoke to @MikeTyson yesterday

Ok, so we get why he's in conference calls with Mike and Floyd... but, Leo? What on EARTH could Kanye and Leo possibly have to talk about? We've got a few ideas...

Maybe it was regarding the vibes for his NYFW show? 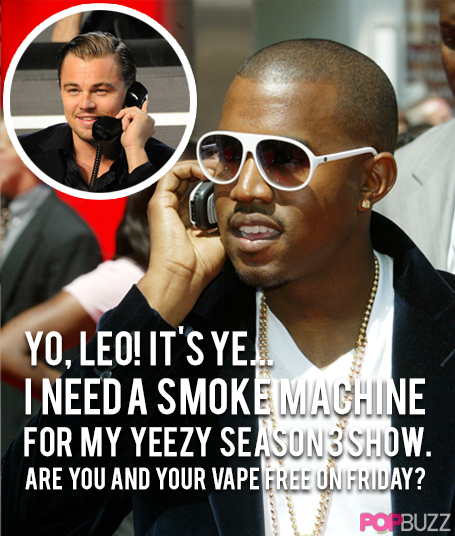 Maybe it was so sweet thoughtful Kanye could give Leo a bit of advice when it comes to Pop Queen encounters... 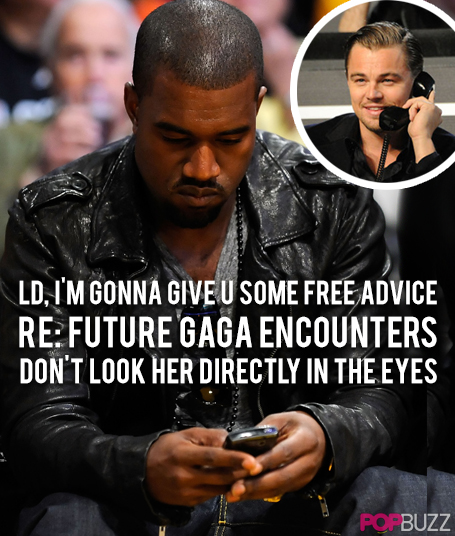 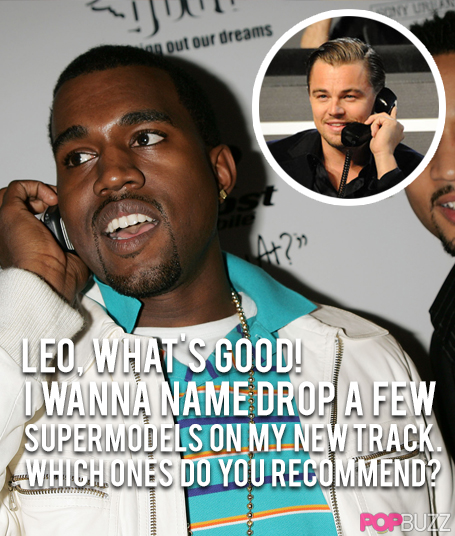 Or maybe Leo's acting skills were the real reason behind that infamous tweet? 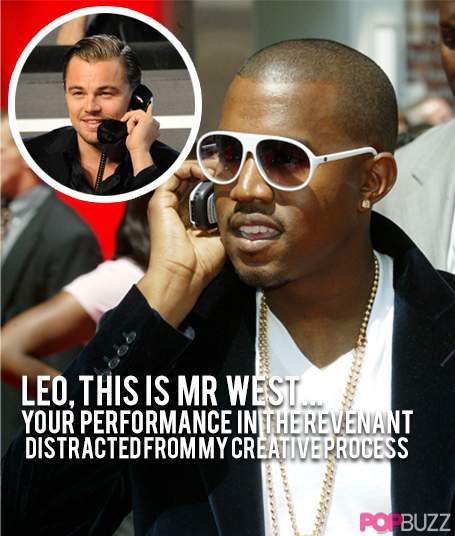 Maybe Kanye just wanted to ask his trusted confident Leo DiCaprio about his experiences on the Wave scene? 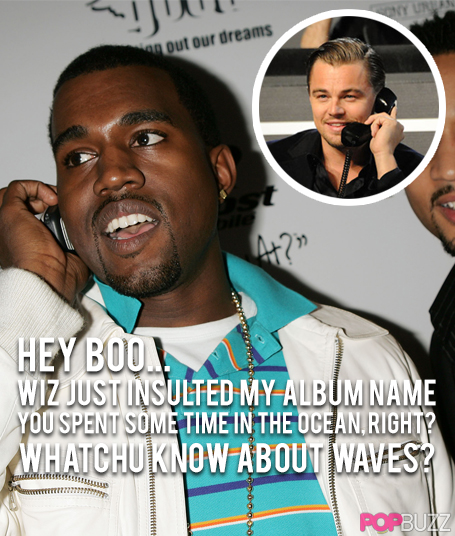 But the real reason behind this phone call was probably to discuss the strategy at this year's Oscars... 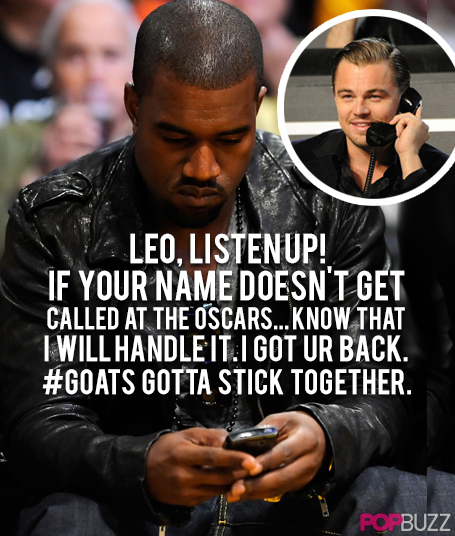 Kim And Kanye Are OBSESSED With Polls And Need Professional Help

Hold Up… Did Kanye Just Name His Baby After Pete Wentz’s Kid?

Why Is Kanye So Bad At Naming Albums?