Ever since Kylie Jenner dropped her big baby bombshell on Super Bowl Sunday, the internet has been steady at work, sleuthing for clues in her 11 minute long announcement video, on her Instagram and on the accounts of all her friends and families about the baby's name.

So far, the sleuths have uncovered an alarming amount of butterfly references that appear throughout her 'To Our Daughter' video diary leading many conspiracists to believe that Kylie would be naming her baby daughter 'Butterfly'.

Travis Scott came out with Butterfly Effect May 15, 2017 .9 months ago. Kylie is wearing a butterfly necklace in her pregnancy reveal video.
The babies name is Butterfly. #Kylie#youhearditherefirst

Butterfly motifs on the nursery wall, a custom made butterfly necklace that Kylie wore through the video, her and Travis Scott's matching butterfly tattoos... not to mention he's also got a song called 'Butterfly Effect'.

But hold that thought, my friends, for there has been a twist in this tale. Kylie, who is finally back on Snapchat, has been sharing snaps of all the floral arrangements and gifts that have been sent by her family and there's one that's really stands out from the rest.

Kim and Kanye sent some cute ombre flowers, Rob sent balloons spelling out 'Happy Birthday' but Khloe... Khloe sent a huge display of flowers in the shape of the letter 'C.'

Oh, interesting. Why would someone sent you a floral arrangement in the shape of a 'C'. Is it because your baby's name begins with... a 'C'?!

Thanks to this sudden turn of events, fans are now reconfiguring their baby name sweepstakes. Butterfly is still seemingly on the table but others are now suggesting names that begin with a C and there seems to be one clear front runner...

I’d put money on Kylie’s baby name being Chrysalis. Butterfly related, starts with a C (Khloe sent her flowers shaped as a C) and sounds like Kris 🤷🏻‍♀️

I think I cracked the code for @KylieJenner baby's name.. The butterfly symbols & the big letter "C" on her snapchat.. The baby's name is CHRYSALIS.!! I need to be a detective if I'm right.. #kyliejennerbaby Mark my words!

I’m betting @KylieJenner daughter’s name is Chrysalis. It starts with a C and has to do with butterflies

Some have suggested Caterpillar, because they turn into Butterflies later in life... 🙄

I'm saying Caterpillar as they turn into butterflies 😂

Soooo @KylieJenner baby’s name starts with a C. How fucking funny would it be if her name was Chyna!?

Some have suggested Candy, which was Kylie's childhood nickname and the name of one of her lip kits.

FIRST OF ALL, LETS BE CLEAR RN THAT I THINK @KylieJenner NAMED HER BABY GIRL CANDY BECAUSE THATS HER CHILDHOOD NICKNAME AND HER NAME STARTS WITH A C DUE TO THE FLOWER SHAPED C THAT @khloekardashian GAVE HER ✌🏼🤭

So, there’s a “C” shaped flower Kylie received which means Kylies daughters name starts with a C and candy K was her first lip kit and this is her first child.. her daughters name is Candy thanks for the clue Kylie

Callippe? What about Calista? Cali for short?

Callippe. It starts with C. Khloe have her a C flower arrangement. It's a type of butterfly. She likes butterflies. It has lip in it. For her lip kits. #kyliejennerbaby #KylieJenner pic.twitter.com/XFDSyubrvz

Despite the massive alphabetical clue sent in by Aunty Koko, some people are still convinced that the baby's name would be Mariposa or Posie for short. Mariposa is Spanish for "butterfly"... her beloved grandma is called Mary Jo... flowers come in a posy... Kylie just dropped a brand new collection of Posie K lipkits on the same day as the baby was born... BUT WHO KNOWS?! Maybe the 'C' was a decoy?

Guess we'll just have to wait and see... 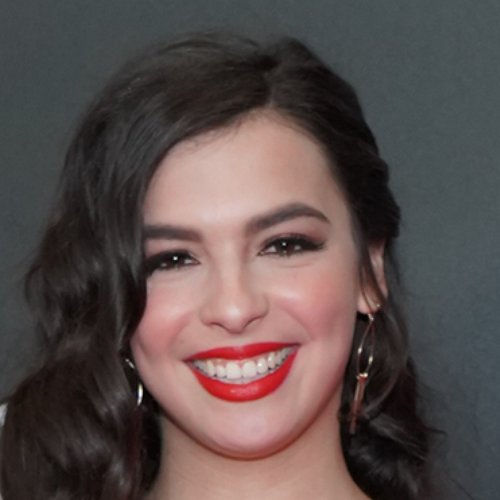 Isabella Gomez: 11 facts about the One Day at a Time star you probably didn’t know

It's A Sin: Watch the cast take on The Pink Palace Pub Quiz | PopBuzz Meets

Drag Race UK's Joe Black sold his runway gowns before his return: "I needed the money to live" | PopBuzz Meets