Who Is Chelsea Manning And Why Is Her Release From Prison So Important? 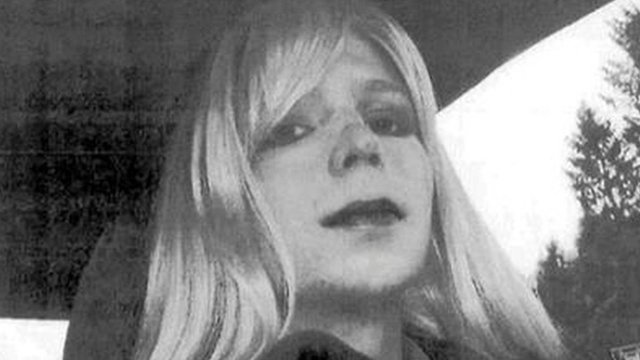 Last night, President Barack Obama decided to commute Chelsea Manning's sentence for leaking documents to Wikileaks in 2010. In an unexpected move, the 29-year-old transgender US Army private, born Bradley Manning, will be freed on 17 May this year rather than her scheduled 2045 release.

It's a controversial decision by Obama, which has been welcomed by Human Rights activists but angered many U.S. government officials, especially in the Republican party. So, what's all the fuss about?

Who is Chelsea Manning?

Chelsea Manning (known as Bradley Manning until she publicly announced her transition on Aug 22, 2013) was a United States Army soldier who was convicted in July 2013 of violations of the Espionage Act and other offences after disclosing to WikiLeaks nearly three-quarters of a million classified or unclassified but sensitive military and diplomatic documents.

What information did she leak and why?

Assigned in 2009 to an Army unit in Iraq as an intelligence analyst, Manning had access to classified databases which she leaked in early 2010. The information included, amongst many other things, the inner workings of US diplomacy, policy to ignore torture of prisoners by Iraqi Security Forces, how U.S. defence contractors were complicit in child trafficking activities, and how Guantanamo prison held mostly innocent people and low-level operatives. I.e stuff you really don't want people to know about.

Chelsea Manning believed by exposing serious abuses and human rights violated by the US government, they would incite "worldwide discussion, debates and reforms."

Why was this so controversial?

Many still believe that Chelsea's actions amounted to treachery and put American lives at risk and exposed some of America's most sensitive secrets. The disclosure also amounted to one the biggest leak in US military history. She was found guilty of 20 counts, six of them under the Espionage Act, but was acquitted of the most serious charge of "aiding the enemy", which is punishable by death. Still, her sentence was more severe than many observers expected, and is much longer than any punishment given to any previous US government leaker (usually one to three years).

THANK YOU President Obama for commuting the prison sentence of Chelsea Manning!!! She will be released in May - instead of in 2045!! THANK U

Time in prison and gender transition.

It was after her sentencing that Chelsea announced that she was transgender and changed her name. After pressure from a lawsuit by the American Civil Liberties Union, and a hunger strike undertaken by Chelsea, she was permitted to partly transition to life as a woman, giving her cross-sex hormones, women's underwear and light cosmetics. However, as she is still in a male military prison, she was not permitted to grow her hair longer than male military standards because of "security risks". She was also denied a request to speak to a surgeon about the possibility of sex reassignment surgery.

To receive a pardon or sentence commute, prisoners have to apply to the President. In November, Chelsea submitted her petition as a last ditch attempt to regain her freedom. She said that she took full responsibility for her actions. She wrote:

"I take full and complete responsibility for my decision to disclose these materials to the public. I have never made any excuses for what I did. I pleaded guilty without the protection of a plea agreement because I believed the military justice system would understand my motivation for the disclosure and sentence me fairly. I was wrong."

The White House announced on Tuesday that Ms. Manning is set to be freed on May 17 of this year rather than in 2045. A senior administration official explained the 120-day delay was part of a standard transition period for commutations and was designed to allow for such steps as finding a place for Ms. Manning to live after her release.

Obama has commuted more sentences than any other US President in history. In total, 1,385 individuals have had their sentences commuted, compared to just 11 by his predecessor George Bush.

President Obama has granted 1,597 total clemencies. Here's how he compares to past presidents https://t.co/daEmASsv0A pic.twitter.com/vFEOEkTeIn