North West Is The Most Important Fashion Icon Of Our Generation

Prepare to be out fashioned by a 1 year old.

North West, daughter of Kim and Kanye, aged 1 might be the muse of an upcoming fashion line. That's right guys, a 1 year old has style so versatile and dynamic that someone has deemed her worthy of a fashion line.

Granted, she is worthy and it's only Kardashian Kids but you've got to start somewhere. Kim revealed that their next round of designs for the family's flagship children's apparel line will include clothing inspired by North's personal preferences. This is very understandable when you consider North's biggest fashion wins.

There was that time when she showed up to New York fashion week wearing the hell out of a fur coat. 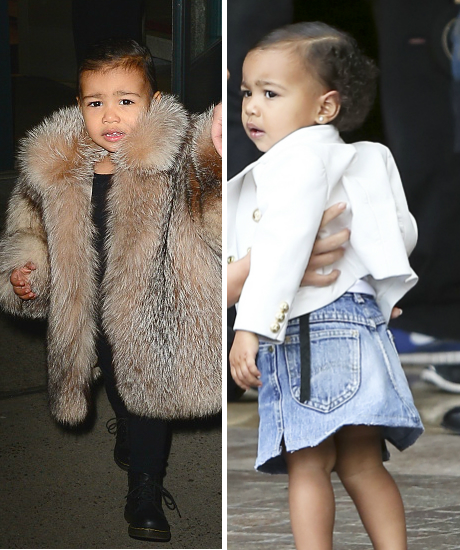 And that other time she showed off her baby legs in a appropriate lengthed jean skirt and light summer blazer (for the toddler who is always on the go). We're super into her curls and diamond earrings because, not only is she a fashion queen, she's also an accessory queen.

She can go from ballerina to skunk in a heartbeat 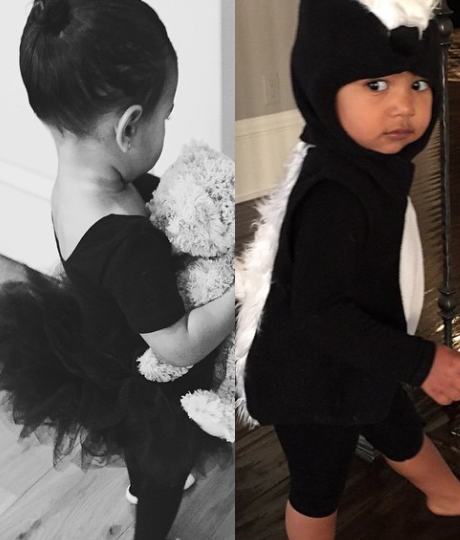 Two very different looks but it tells us that she's not afraid of kitsch. The tutu is very Carey Bradshaw but the skunk outfit is Pepe Le Pew gone toddler. Clearly one of North's more daring looks, she continues to sport the super upscale baby diamond earrings. Chic.

But nothing beats North's Holiday Look 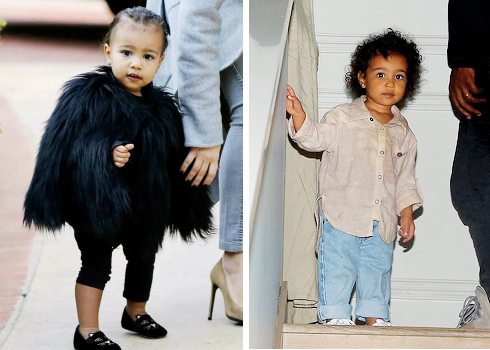 We're used to seeing North dressed to the nines (a la black ostrich feather coat) but her holiday look is probably the best we've seen her. She's returned to the land of her people and she is doing so in style. Cuffed toddler boyfriend jeans and a semi distressed white button down that probably costs more than your house, we can really appreciate the look she is going for. Her Olivia Pope on vacation hair is spot on and makes her look more youthful. (Like, more youthful than one years old if you can believe it). Her eyes say it all. She knows she is iconic.

Did These Children Just Record The Best String Quartet Cover Of "Smooth Criminal" Ever?