Miley is a Punk Rock Queen

We've always thought Miley Cyrus was punk rock. She clearly does not give an F what people think and we love that about her.

So when we came across this tribute track to Ms. Cyrus by Californian pop punk outfit SWMRS' we had to stand up and applaud.

After a number of band name and line up changes, the Oakland band are getting ready to release their third album (but first under the name SWMRS) with 'Miley' being released as an EP first. They've described their sound as, "a balance between an international network of teenage bedrooms and what it sounds like when you're hanging out at the local burger place with your friends on a Friday night." We'd say that's pretty spot on, with a strong Weezer vibe too.

Oh, and you should probably know that their drummer, Joe Armstrong, is the son of Green Day's Billie Joe Armstrong. No pressure then, Joe!

In an interview with I-D magazine, lead singer Cole Becker (the cutie with the green hair) said he chose to write the song about "who she is now and how she's overcome this crazy shit, like the body dysmorphia that she got from Hannah Montana".

Continuing, he added: "I respect her so much. In the song I say she's the greatest, because I think she is."

We couldn't agree more, and we think this song is pretty great, too.

Check out SWMRS' hella good tribute to Queen Miley below. 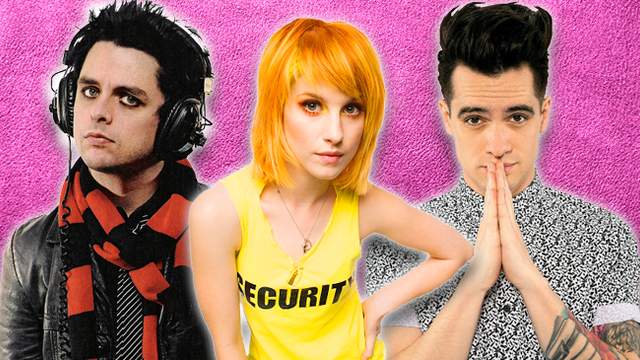 Quiz: Can We Guess Your Favourite Pop Punk Band By These Random Questions?

10 Things Only All Time Low Fans Will Understand