Are You Even Ready For The Second Wave Of Lizzie McGuire?

The answer is yes.

For anyone who lived under a rock from 2001-2004, Hilary Duff was the actress who played the pubescent sharp tongued heroine of the Disney Channel: Lizzie McGuire. 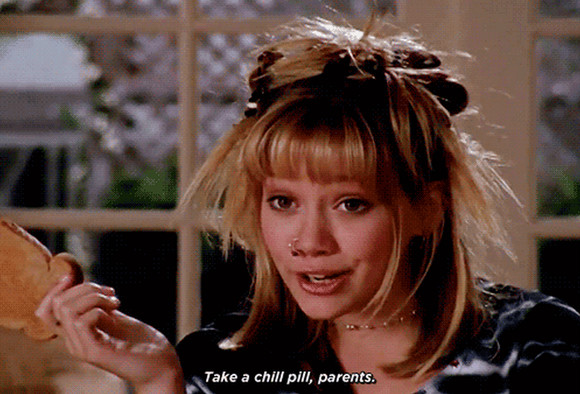 This week, Hilary is back and better than ever in a music video clip that looks half gap advertisement/half your early 20s. The video is multifunctional as both her single snippet for "Sparks" and the preview for Younger.

The video is momentous because, for the first time in over 10 years, Hilary will be a series regular on a television show (Gossip Girl doesn't count you millennial heathens).

Loving this new, older Hilary is all well and good, but are you a ride or die?

Were you there circa Ethan Craft?

why is metamorphosis by hillary duff the greatest album of all time?

Great question, @fakelyssapayne. The answer is pretty straightforward. That album had "Why Not" "So Yesterday" "Sweet Sixteen" and "Come Clean" on it. It was a banger.

I want it to be 2004 again and come home from school, grab a granola bar, watch Lizzie McGuire and not hate myself.