Rihanna is not vying to be in Taylor's clique.

No sign of a 2015 album from Rihanna but, thanks to a decade in the industry, our favourite Bajan has become the savvy business lady we always knew she was deep down inside. She has bagged a string of major endorsements just this year, each one exploring a different side to her personal brand.

She lent her voice to Pixar's Home, teamed up with Dior, became the face of Puma's new campaign and more. If you think she is over-exposed, try carefully calculated. Rihanna is building an empire. 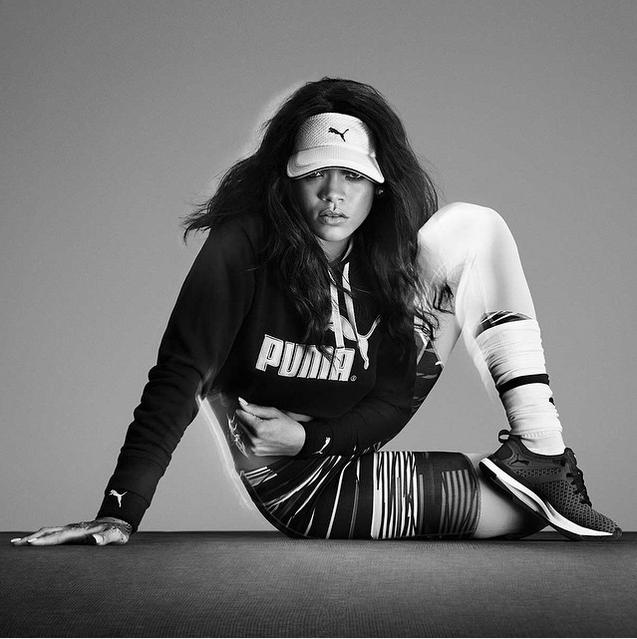 Rih Rih started young but, at 26, she has a string of hits under her belt and a keen sense of self awareness. That's why, when asked by NME about whether or not she would consider joining Taylor Swift on stage at one of her concerts, Rihanna had this to say:

It's an interesting point to raise now that we've seen a wide array of celebrities clamouring to join Taylor Swift on stage. We're talking everyone from Fetty Wap to the entirety of the US Women's Soccer team, many with conflicting audiences and brands.

To be seen with Taylor is to ensure massive visibility, regardless of the audience. Rihanna's candid admission that she would likely turn down an invitation says something about a businesswoman who is hyper aware of her brand and who refuses to play the usual game of 'how shall I drum up publicity?'