Royal Blood scooped up the coveted British Band award at the Brits and, as per, One Direction fans were not happy. They're known to get a little bit rowdy but the Royal Blood fandom and the One D fandom couldn't be more different. 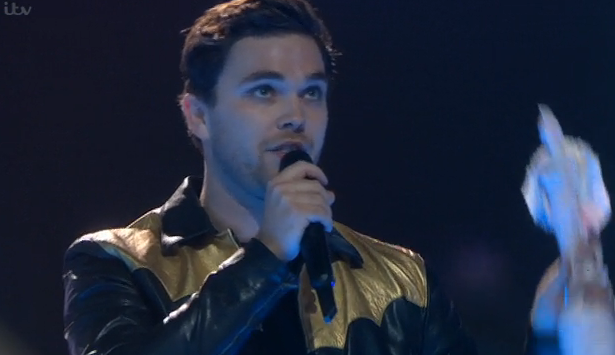 Like Beck before him, fans were left wondering who on earth these people on stage were because they sure as hell weren't Zayn's strand and the rest of 1D.

the only royal blood i know is zayn

Royal Blood. Representing Britain. They probably couldn't represent the local boozer, never heard of them wtf who are you pls #Brits2015

royal blood is zayns blood because he is the king

Then, people started clapping back because COME ON WHY WOULDN'T YOU KNOW WHO ROYAL BLOOD ARE THEY'RE ONLY THE MOST ROYAL AND BLOODIEST EVER.

"Who are royal blood?" Yeah, you probably haven't heard of them because they worked hard to be famous and didn't go on a TV show

Just come on Twitter and seen people slagging Royal Blood. No they're sick. Two people creating that music. Just cos u listen to pitbull.

How has nobody heard of Royal Blood? Your music taste must be shocking.

But just when it seemed like all hope was lost for the other nominees to ever get mentioned, Kanye took the stage and started singing a new song called "All Day"--which sounded a lot like he was singing "Alt-J".

Why's he singing about alt-j

Yvonne wants to know why Kanye's singing about Alt-J

Meet Richard Dickson, AKA Harry Styles In The One Direction Tribute Band Everyone Is Tweeting About