Since Everyone Loves Talking At Oxford University, We Have An Ideal Lineup Of Speakers

The University of Oxford has been home to some of the finest minds in the world. It seems that the party doesn't stop at just doctors, lawyers, and statesmen, though.

Some of the brightest stars known to celebrity have graced the same hallowed halls once walked by 26 British Prime Ministers and 27 Nobel Prize winners.

Anna Wintour spoke at Oxford most recently. Nick Jonas was present the day before, and Jonas was immediately preceded by Kanye West. This got us wondering if Oxford University is trying to raise its profile by adding some celebrity appeal. Kind of like how Jay-Z's nightclub 40/40 is so popular because lots of celebrities go there.

Then we started thinking about a potential speaking tour taking place at Oxford. Kind of like a Coachella type thing where you could pay an insane amount for tickets, drive to Oxford, camp out, and just hear a bunch of people freestyle talk on stage.

So here it is. Our ideal lineup for a TalkChella Hosted by Oxford University. 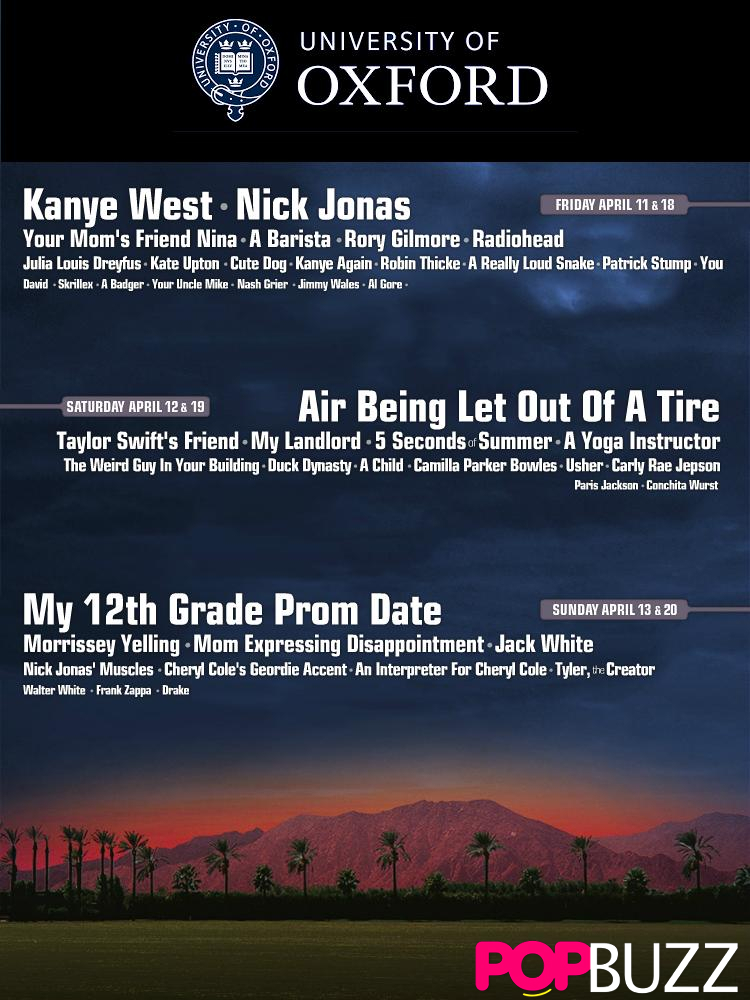 Obviously Kanye West and Nick Jonas as headliners and then some wildcard performances to really mix things up. My barista said something last week about living your best life which would would probably go down well at Talkchella.

Next--> QUIZ: Which One Of Taylor Swift's Best Friends Are You? >>>