Social Media Has Made You Blind To The Reality Of Politics

This is why you thought Labour would win.

In case you hadn't heard, Britain has just had an election. All the polls told us that the results would be nail bitingly close but that couldn't be farther from the truth. Now that the dust has settled (and Miliband, Clegg, and Farage have resigned), young voters are finally getting to ask one pressing question.

Everyone seems stunned by this election result. How did this happen.

6 in 10 young people voted in this election (up 6% from 2010). This means that, despite the fear of influence from Russell Brand's edgy personal views on voting, Britain's youth were more engaged in this election than they have been in over a decade.

If you're one of those 6 in 10 young voters asking themselves why Labour didn't win, perhaps it's time to look at social media.

A recent Ipsos Mori poll revealed that 34% percent of young voters were going to be influenced by something they read or saw on social media. That's huge.

Just looking at certain things on social media could swing a massive portion of the youth vote. No wonder Miliband was so keen to hang with Niky n Sammi. 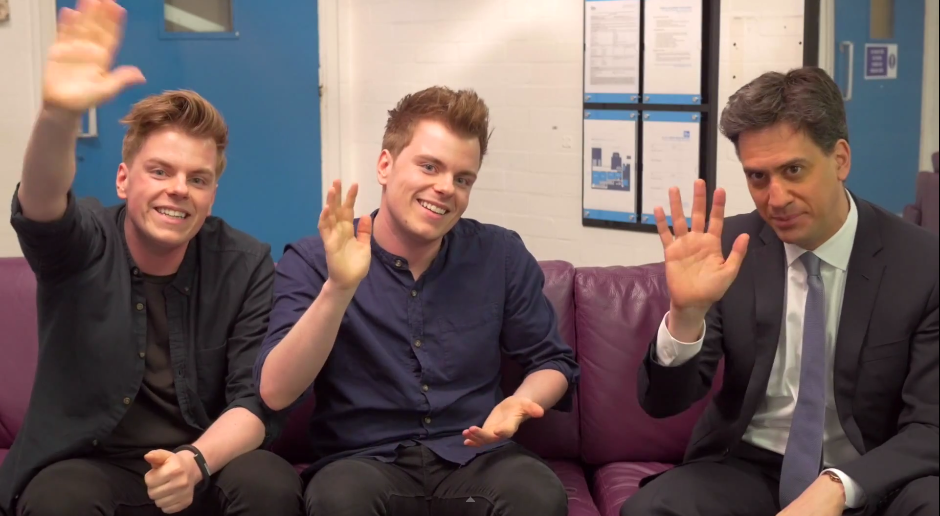 Young voters tend to lean to the left anyways--especially this crop of millennials. Thanks to Tumblr and Twitter, 18-24 year olds are now leading the charge in social justice causes and other "green" issues.

Despite getting a bad rap from our baby boomer counterparts, millennials might actually be the most politically and socially informed section of the population.

This is why you thought Labour would win.

The best part about the internet is that you don't have to expose yourself to people that you hate (with the exception of Facebook). On Twitter you can personalise your timeline so you only see updates from people with the same interests as you; and on Tumblr you can fill your dashboard with as many social justice and Taylor Swift blogs as your heart desires.

The same goes for politics.

I'm loving how everyone's super passionate about politics. But it's like that weird hopelessness that's almost laughable.

This really was the most unpredictable election ever. The most common question: how on earth did this happen?!

Despite all that business about having your political blinders on, young people genuinely did want Ed to win. There was something about an underdog which made Ed a twitter favourite in this election.

Ed was bullied, smeared and taunted for the best part of a year. I think he did fine considering.

So what did social media do when they realised how unfairly Ed was being treated?

The only time Ed smiled during his speech was when he mentioned #milifandom, at least we could give you that @Ed_Miliband. @twcuddleston

Suffice to say that Ed won the popularity contest. Just not the one that mattered.