Hands down, the best cosplayer in the Kingdom.

Richard Schaefer is a 22 year old make-up artist who is currently studying design in California and he has a tiiiiiny penchant for Disney.

Ok, we lied. He has a HUGE penchant for Disney. In fact, we think he might be the best Disney cosplayer in the game.

Honey, he can paint his face with ALL the colours of the damn wind.

We've seen a LOT of Disney cosplayers out there in our time. Remember the guy who was basically a real life Prince Eric from the Little Mermaid? He was one of our faves, but he's got nothing on the skills of Schaeffer!

Richard can transform into just about ANY Disney female you could possibly imagine. How about Jane from Tarzan?

Serving you Megara realness since the days of Ancient Greece!

You want a villain? You got one, with EXTRA contour.

A photo posted by TheOfficialAriel (@theofficialariel) onJun 7, 2016 at 2:56pm PDT

It's not just the Disney ladies he can pull off either... he's a pretty damn incredible Aladdin too!

Get you a guy that can do both! 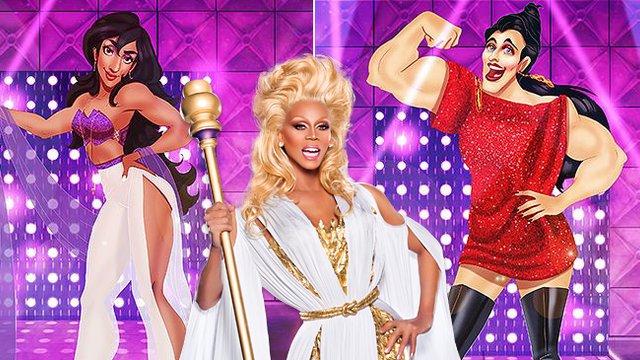