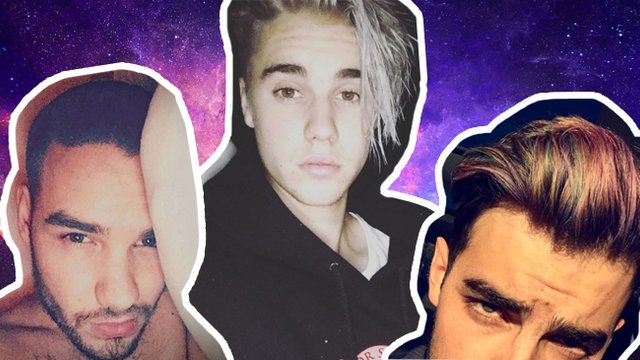 Following Calum Hood's drastic haircut late last year, and Channing Tatum's Emo phase at the Golden Globes, we've seen a spike in activity across the 'Hunks Getting Haircuts' category. Over the past couple of weeks, we've seen many MANY confusing new 'dos in the world of Pop.

SO WE RANKED THEM. PLZ ENJOY.

Solo Payne uploaded a picture on Instagram on Jan 15th, confirming reports that 2013 Liam is back on the scene and cementing his status as the most boring member of 1D. (Don't @ me!) Listen, the boring buzzcut is not new and it's not exciting. Remember Zayn's first few months in the solo world? He got a Buzzcut and then DIED HIS HAIR GREEN! DO IT LIAM! REACH FOR THAT ELECTRIC BLUE DYE AND NEVER LOOK BACK.
Confusion Rating: 1/10. Too bored to be confused. Yawn.

It looks like Joe Jonas has been paying close attention to the trendz 'cause he's NAILING the 'Oil Slick' so hard right now. We bet he spends most of his days pinning Oil Slick inspo to his Pinterest boards, waiting for the next hottest trend so sweep across his Google Alerts. And he's definitely just eclipsed Nick as the coolest Jo Bro. Nick, we await your response!
Confusion Rating: 5/10. Why is he suddenly being trendy? What's he trying to prove? What's his game? What does he want? #Suspicious

It's probably not even a thing - probz just roots, right? - BUT WHAT IF IT'S NOT?! WHAT IF BRUNETTE NIALL IS TRULY RISING BEFORE OUR EYES? The anticipation is almost unbearable and we, as a society, cannot ignore the possibility of a Chocolate-locked Niall. We've awarded him a preemptive Silver because of reasons.
Confusion Rating: 7.5/10. We're confused as to why it hasn't been confirmed yet because THIS NEWS WILL SURELY CHANGE LIVES.

Not only has JB had such a glorious career reinvention period, he's also been a real advocate for the drastic haircut cause. First we had the 'Can I Speak To A Manager?', then we had the 'Hipster Malfoy' (10 points to Slytherin for that one), and now we have a full on 'My Little Pony' phase. Where on earth could he possibly go next?!
Confusion Rating: 12/10. An Emo fringe with a Hipster tint? JUSTIN. WHO ARE YOU AND WHAT ARE YOU PLOTTING?!

So there's ~our~ official ranking on January's hottest new hairdos. But what are your thoughts? Who has got the best new do? VOTE NOW! 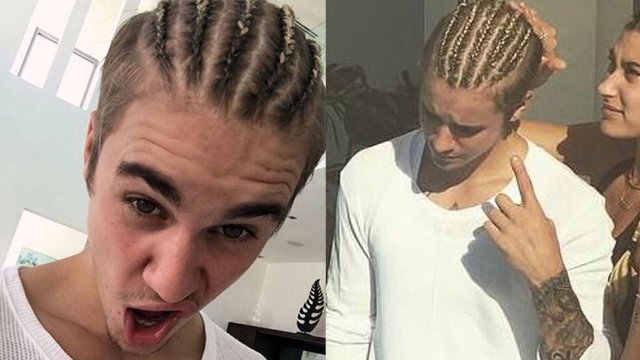 Can Bad Hair Ruin A Good Popstar? An Investigation