These Are The Most Offensive Halloween Costumes Of 2017 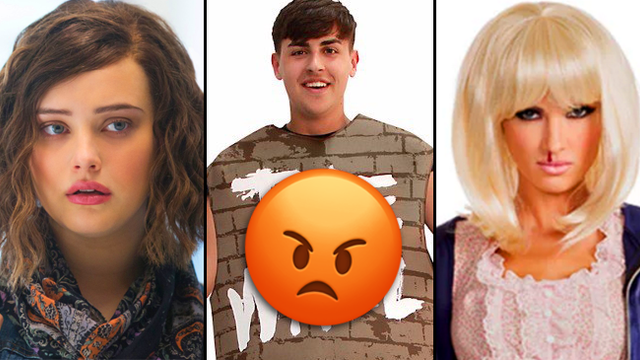 The internet says these costumes are problematic.

Spooky season is upon once again and it is our civil duty to remind you not to be a complete idiot this Halloween.

Most people at Halloween LOVE to stir up drama with a provocative, offensive or problematic costume and yes, while Halloween is a time for humour and fun, it is NOT a time for appropriation of any kind, being racist or trivialising mental health.

Here's a costumes that you should probably avoid this year:

Yes, Hannah Baker is a fictional character but she's also a fictional character whose struggle with mental health sparked something unheard of with teens across the world. The show and Hannah's story inspired thousands of teenagers to talk about and actively seek help for their own mental health issues, and it also unfortunately triggered a lot of teens to act on their thoughts.

PSA: Depression, suicide and rape victims aren't Halloween "costumes," and they shouldn't be trivialised as such for a laugh either. To be honest, dressing up as Hannah Baker is just as offensive and problematic as those "Welcome to your tape" memes that went viral back when the show dropped.

2) Sexy Eleven - or as they've called it "Sexy Upside Down Honey." 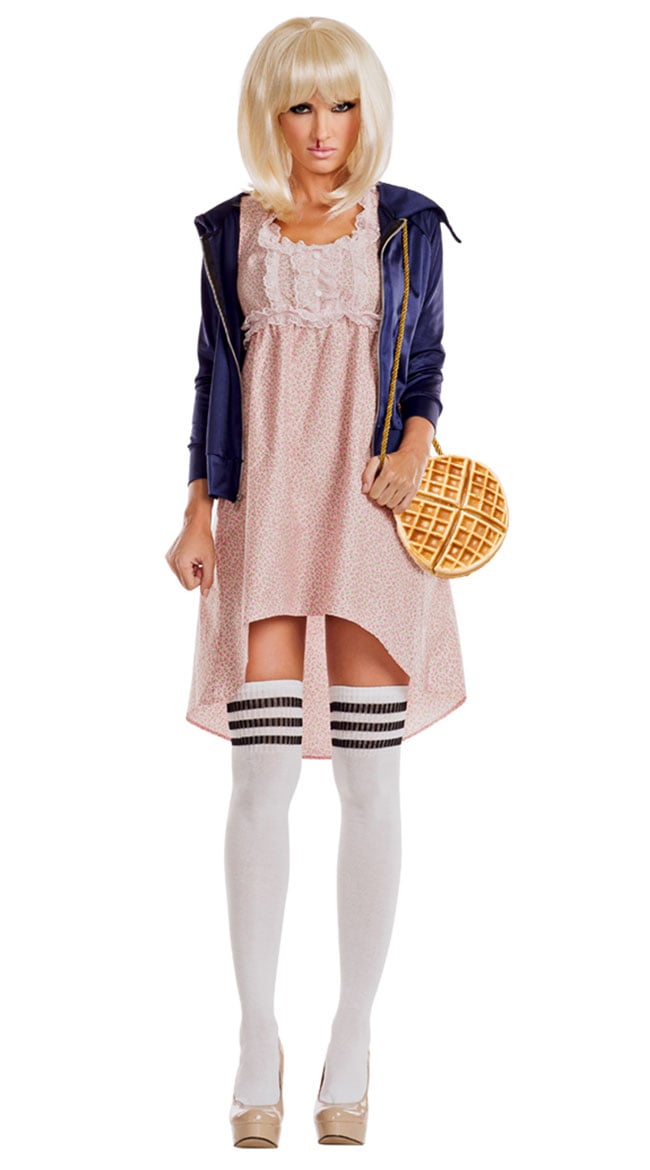 The internet has already expressed their outrage over this one and it's not hard to see why. Eleven is a child and is played by a 13-year-old actress. That info alone should be enough to make you realise throwing heels, a push up bra and thigh high socks on with that blonde wig of yours is an extremely problematic idea.

Also on the list: Sexy versions of The Losers Club from IT. Don't be that person. 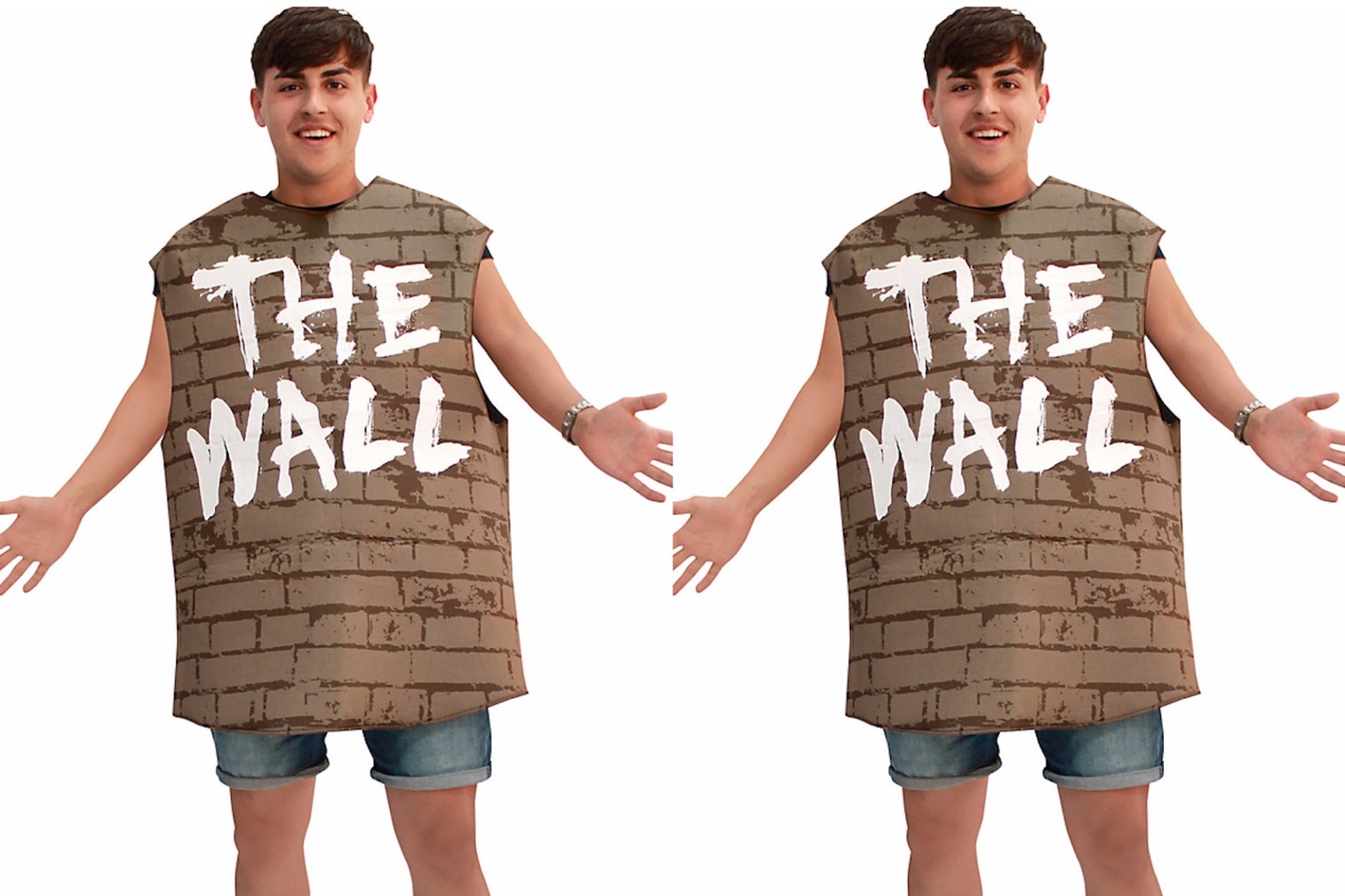 Some people are saying that this costume is a reference to the Pink Floyd album, some say it's a reference to Trump's comments about the wall on the border between the US and Mexico. Seeing as it only just hit the fancy dress stores, we're going with the latter.

Clearly, this is not just a brick wall. It's a brick wall with racist connotations that stem directly from Trump's comments on Mexicans during his presidential campaign. There's also a bunch of variations on this one including one that literally says "Mexico will pay!" so yeah, it's pretty offensive. 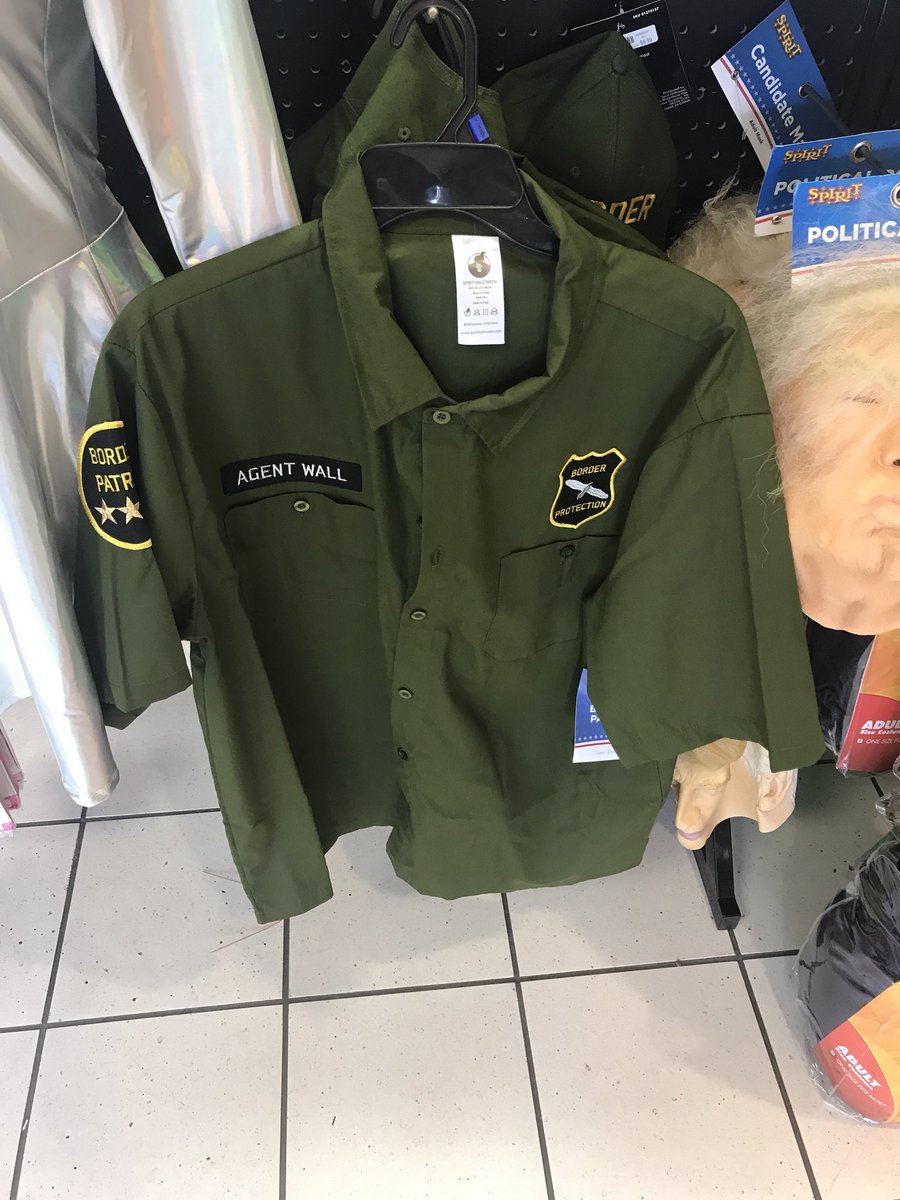 You know what else isn't funny? Going as Border Control. Since Trump was elected to office, he has authorised a surge on ICE raids on hardworking undocumented Latinx Americans across the country and has sought to end the DACA programme, which offers protection for undocumented children who were brought to the US by their parents. It might be a joke to you, but to the people whose lives and families are being torn apart? It's probably not.

For more on why this is offensive and dangerous, please click here. 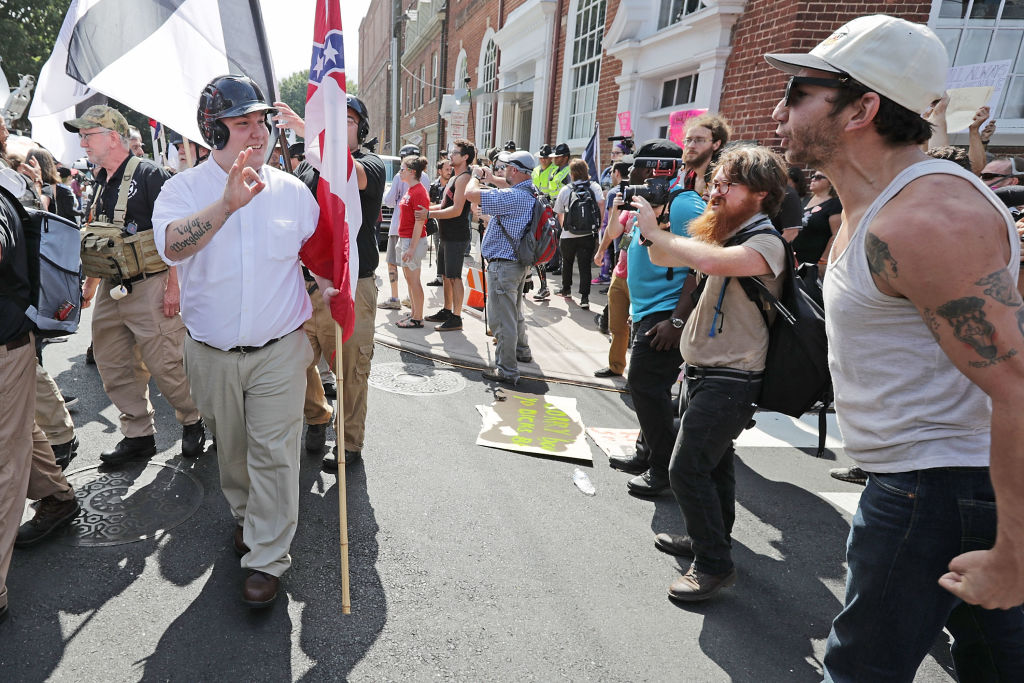 Repeat after me: just because it's topical doesn't mean it's funny, appropriate or acceptable. In this case, getting the squad to dress like racist white supremacists for a few un-witty comments from your friends on Facebook is wrong on every single level.

Costumes that fall under this category: White shirts and tan trousers with a MAGA cap, KKK outfits and literally ANYTHING that bares a swastika. (How and why are we even typing this in 2017?)

Same as above. The Harvey Weinstein accusations are absolutely horrifying but that doesn't mean it constitutes a "horrifyingly funny and topical" Halloween costume. Last time we checked, sexual assault accusations aren't a laughing matter but you just KNOW someone somewhere is gonna do it.

Not sure who thought a young victim of Nazi Germany was a good Halloween costume but here we are, looking right at it. This costume, which is actually an evacuee costume (also completely unacceptable) and not Anne Frank, although the entire internet seems to think it is, has already been pulled from many stores and online after the internet called it out for being distasteful.

While it looks absolutely stunning, some people consider the 'Dia de los Muertos' looks to be problematic on a cultural level. It stems from the fact that another country's culture is not a "costume". If you're unsure, it's probably best to avoid this one. Be a glittery skeleton instead.

While some are gathering squads, donning the red robes and sticking it to the patriarchy, others are opting to "slut it up". Don't be one of those people. It might be fiction but thousands of women across the globe are literally experiencing this level of abuse and oppression so throwing some ripped fish nets on underneath is a bit problematic, innit?

10) Anything that requires you to change the colour of your skin.

This should be a no-brainer by now but the amount of people who STILL think it's ok to use a skin colour as a Halloween costume is unbelievable. Unless you're gonna go as a Smurf to your BFF's Halloween party, don't even think about darkening or tanning up your skin for a costume. Absolutely not.