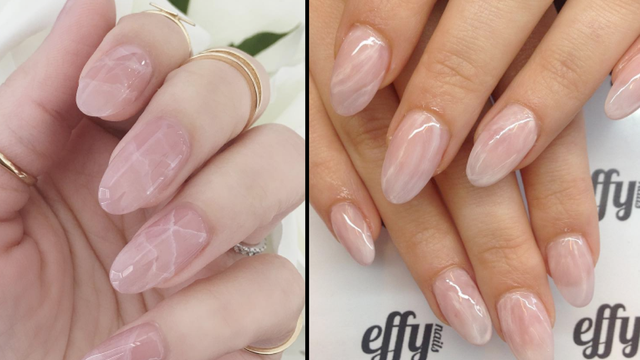 You're about to see these everywhere.

There is something about warmer months that always seems to inspire gorgeous beauty trends. No we're not talking (groundbreaking) florals for spring. We're thinking more in the realm of dreamy rose quartz nails, a nail art trend that is giving us major manicure envy.

This trend, however, sees a plush pink over white lines that are meant to create the illusion of the cracks found in quartz crystals.

It's a soft look that is giving us all the spring feels.

A post shared by Sanctuary Spa at Tradition (@sanctuaryspatradition) onApr 20, 2017 at 2:38pm PDT

People are even combining their favourite nail art with the trend.

The best part is that it is super easy to replicate at home.

I plan on rocking these nails until the first day of autumn. Simply put, it's a LEWK.