Amandla Stenberg Just Shaved Their Head For The Most Iconic Reason 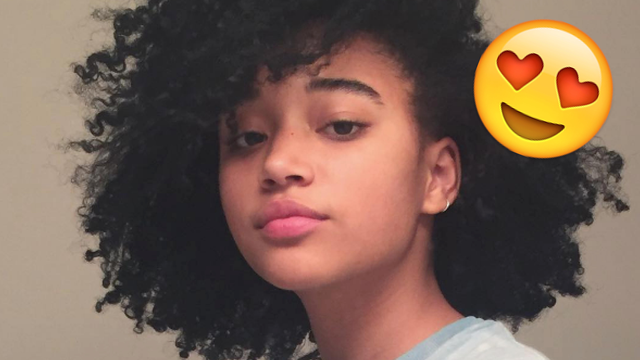 "I feel so aerodynamic now"

Amandla Stenberg has never been one to shy away from an important issue. The actor (who came out as non-binary last year) has been known for their dedication to activism on issues of race, gender, and sexual orientation.

So, when Amandla debuted their new look and explained the reason for it, it didn't come as a shock that they would be committed to such an important role.

The film focuses on "the experience of biracial children growing up in Nazi Germany." The look is a new one for Amandla, who has talked extensively about black hair and cultural appropriation in the past. Amandla says they feel "aerodynamic" but we can only see the fire emoji.

I shaved my head for the role. Feels really good. I feel so aerodynamic now. I've achieved ultimate speed. :)
Hope your year is off to a good start. I know 2017 looks scary. I truly believe in the power of our words and the way we connect to each other. Sendin love your way.

The story of biracial children in Nazi Germany is so important, especially now that far right political narratives seem to be dominating cultural discourse. This is a narrative that hasn't been discussed enough in television and film. The fact that they changed their entire look to tell a story that hasn't received a ton of attention is so iconic in our eyes.

Amandla joins the ranks of outstanding performers who have shaved their heads for important roles. Most recently, our girl Millie Bobby Brown.