Designer Platform Crocs Now Exist And The Internet Is Losing It

"I can't believe this is real."

Brace yourselves, gang. I regret to inform you that Balenciaga are, indeed, back at it again with the wild footwear. Earlier this summer, the high-end brand was roasted on the internet for their uglier than sin Triple S sneakers. Now, platform Crocs are on the menu and it's a no from me, dawg.

As images of the footwear made their way online, people had a pretty visceral reaction to them.

Ladies and gents, our worst fears have come true: Today, on October 1st, 2017, Balenciaga decided to send PLATEAU CROCS down the runway pic.twitter.com/02wgptaXCr

The platform Crocs were conceptualised by Demna Gvasalia for Balenciaga SS18 and they are just the latest in subversive fashion. Despite being terrifically unsightly, these shoes are guaranteed to sell out. The 'so-ugly-it's-stylish' factor is alive and well with this footwear. 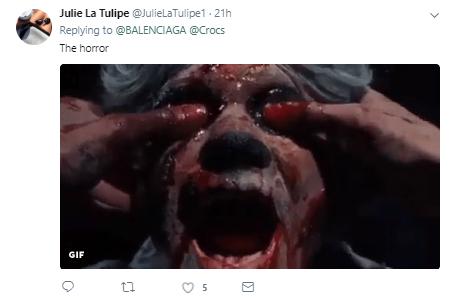 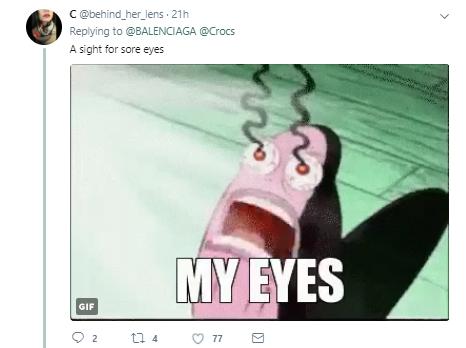 But, wait. The reviews weren't ALL bad. Some people actually liked the platform Crocs.

Look, we "get" fashion, but sometimes we just don't get fashion. This is probably the best example of us not getting it.

What do you guys think? Would you wear these platform crocs or are they a bit extreme for your taste?