People Are Fuming Over This Beauty Brand's Offensive Product Name 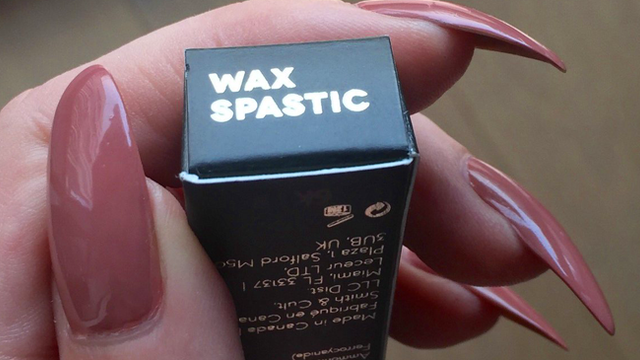 "This is so utterly offensive. How could you still call it that after you knew the meaning?"

What is it with beauty brands continuing to give their products problematic names? There's been a fair few cases of "insensitive" or "inappropriately" named beauty products recently; Kylie Jenner came under fire once for naming one of her blush compacts 'Barely Legal', and then there was ColorPop who got dragged for giving their darker contour sticks names with negative connotations.

US beauty brand Smith & Cult have been called out for releasing an eyeliner with the name 'Wax Spastic'. Noticed by beauty blogger Talonted Lex, the insensitive product name caused a bit of an uproar on Twitter, which many fellow beauty bloggers got on board with.

How many people saw and approved the name 'Wax Spastic' for your new eyeliner, @SmithandCult? Genuinely stunned pic.twitter.com/ycEbffV9Tw

But why did everyone get so pissed off about it? 'Spastic' by definition is a medical term that relates to muscular spasms that cause involuntary and awkward movements. In the US, the word is often used to describe someone who is clumsy or nerdy. But in the UK the word has INCREDIBLY offensive connotations and is sadly often used as a derogatory term to describe someone who is disabled.

Lex later contacted the brand who issued an apology explaining why the name was chosen despite already being informed of what the word meant in the UK where their products are also sold and well, people were still understandably mad about it.

UPDATE: The (US) brand were informed, pre-launch, of the offensive meaning of the word in the UK. Their response below... pic.twitter.com/yea2OdGOz9

I'm shocked they knew and still went ahead with the launch. Just bizarre.

Struggling to see how this refers to youth, joy, sentimentality etc. Would they have used an offensive word for race or LGBT? No

It's so offensive. The fact that they knew it was wrong & have still used it shows what total arses they are #boycottsmith&cult

After the backlash, with certain UK stockists confirming that they would not stock the product, the brand later confirmed that they had removed it from sale completely.

"We fully understand the offence caused by the name of our product, and wholeheartedly apologise. We have immediately removed the item from sale. Although the understanding of the word in US is very different we have to take responsibility, and recognise that as an international brand we must do better, and will take urgent steps to do this."