Bella Thorne Just Dyed Her Hair The Most INSANE Colour But There's A Twist... 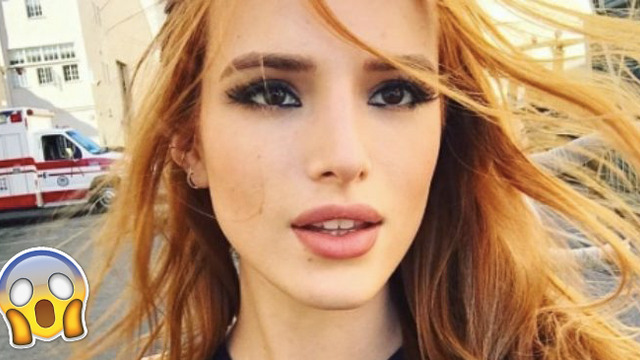 Denim hair, rose gold hair, hidden rainbow hair, grey ombre... 2016's hair dye game has been on point from the get go and yet we still haven't had the guts to take the plunge! Just as 2016 is about to close its doors once and for all (thank god) the good sis Bella Thorne just swooped in with one more Insta worthy hair-dye trend and you're gonna die.

Bella, along with her sister, went and got two tone hair in two of the brightest and wildest colours... Red AND LIME GREEN!

The holiday-inspired look was created by stylist Joseph Michael and colourist Rona O'Connor and we are LIVING!

According to Glamour, Bella and Dani had originally wanted to go lime green ALL OVER but were persuaded to settle for the ruby red with lime green extensions as to not damage their hair. Stylist Joseph created ombre extensions especially for their look. Ugh, the trials and tribulations of having naturally red hair, amiright?!

And he left a quick tip if you're thinking of going for a bright ombre option: "A lot of these fashion shades would run (bleed together) when shampooing, so make sure [you have] compatible products that would hold and keep its vibrancy."