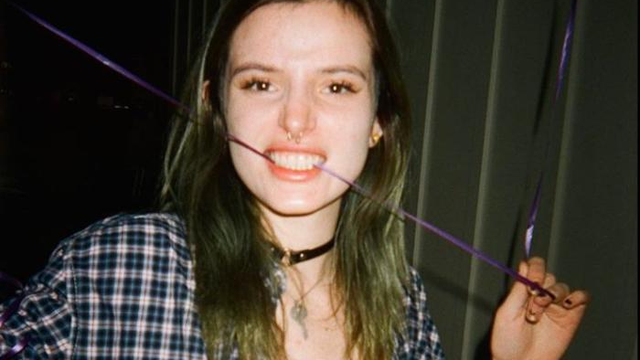 Bella Thorne is no stranger to tattoo needles. She's showed off her famous ink including a cute "wild kitty" tattoo across her ankles. If you've ever gotten a tattoo you'll know that, often times, these things can be a spontaneous decision.

Bella's Snapchat is always a wild ride and, if you check often enough, you might be one of the first to see a new hair colour or tattoo from the star. Bella shared the newest addition to her ink collection with the caption "when your party turns into a tat party". 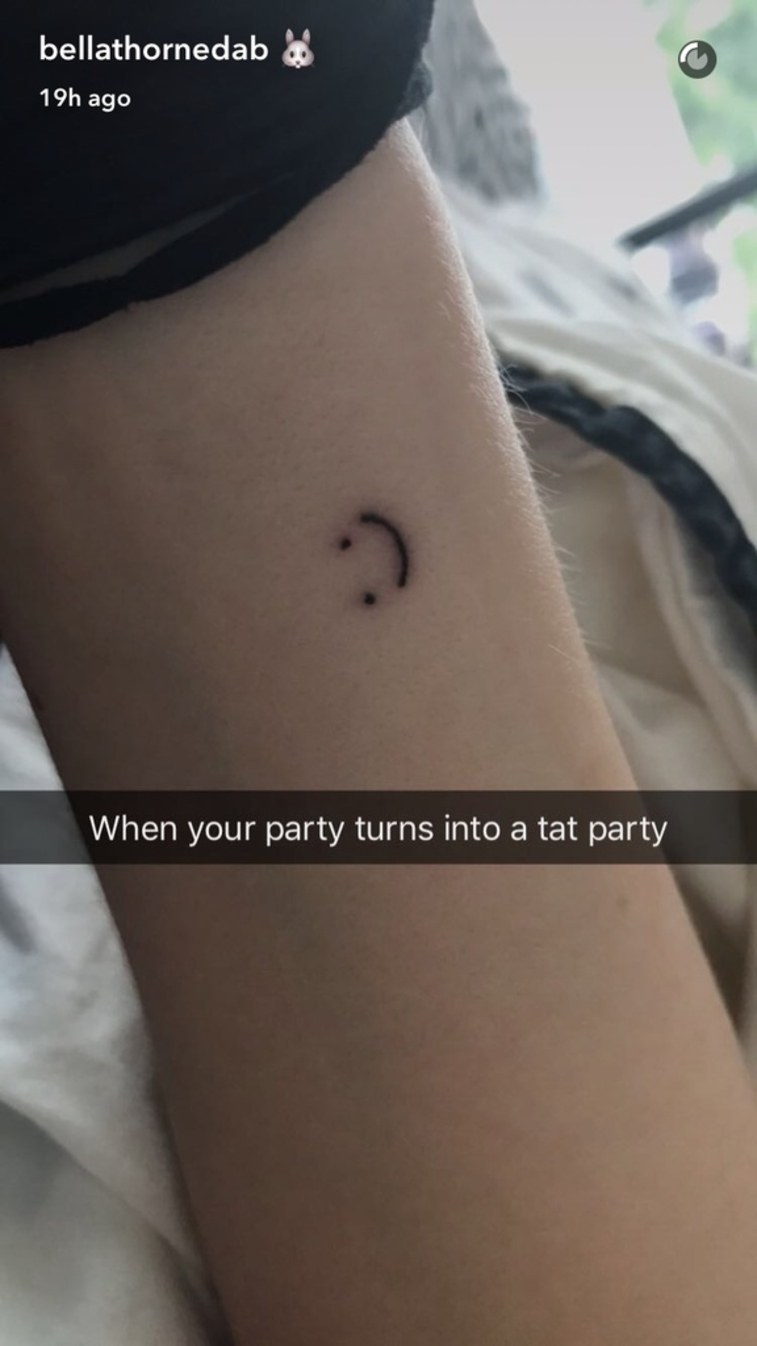 Bella took to Snapchat for the grand unveiling of her new cute stick and poke tattoo. Stick and poke tattoos have become popular in recent years for their DIY nature and, of course, as a more budget friendly option for tattoo lovers.

Bella's smiley face tattoo is giving us majorly positive vibes. We're not surprised though. The star has a new show out called Famous In Love and, of course, she's got other projects in the pipeline. If anyone has something to smile about it's Bella Thorne.

This just goes to show that you should never take your eye off Bella's Snapchat or you'll miss something huge.