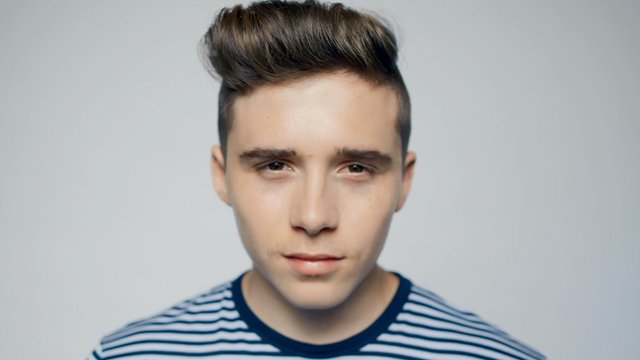 In case you haven’t been paying attention to the world of celebrity offspring scandals as of late, Brooklyn Beckham has sparked a massive fashion industry debate and it's all social media's fault.

So here's the tea... Legendary fashion house Burberry hired Brooklyn to shoot their latest fragrance campaign because they liked his Instagram aesthetic (tru story) and now there's a whole bunch of professional photographers that are not happy with the decision.

On location, lining up the first shot @BrooklynBeckham for #THISISBRIT

We totally get it - you're a photographer who has studied at University, spent years and years working for no money, assisting on shoots and climbing their way to the top but you've just seen a 16-year-old kid swoop in on a skateboard and snatch an international campaign from under all your noses AND IT'S JUST NOT FAIR!

Photographer Chris Floyd told The Guardian that Brooklyn’s shoot is a “devaluation of photography", and that the decision represents "sheer nepotism". GASP FACE EMOJI.

But what's the other side to this story we hear you cry? Let's hit you with the 411.

From my @Burberry #THISISBRIT shoot. See behind the scenes on their Snapchat account

Burberry's social media presence is working toward a much more millennial vibe. In an effort to target younger audiences (who still won’t even be able to afford anything but that’s none of our business), Burberry have spent the past couple of years honing in on social media trends, celebrities and tactics. Enter Brooklyn: MASSIVE social media following, famous parents, carefree millennial vibes; the two go hand in hand.

Join @BrooklynBeckham on set, live from #London Search ‘Burberry’ on Snapchat to watch the @Burberry Brit fragrance shoot live, tomorrow from 9am #THISISBRIT

Burberry and Brooklyn broadcast the shoot on both Instagram and Snapchat under the hashtag #ThisIsBrit meaning it's already reached 10m+ people before it's even gone to print. So while it might have been a cheeky insult to experienced photographers, you have to admit that Burberry played it right this time. Told you it was all social media's fault.

Are you an Instagram celeb? Are you angry that Burberry didn't ask you to shoot their campaign? Let us know!

Brooklyn Beckham Has A Troll And It’s His Father