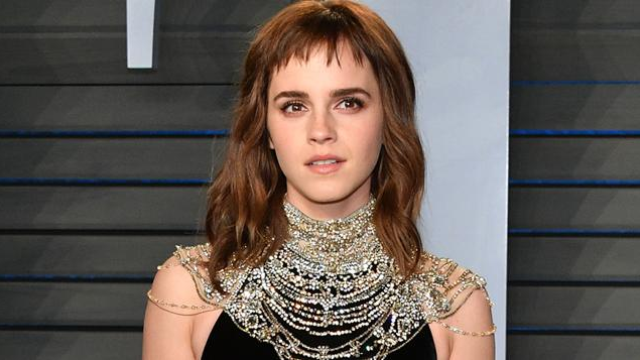 English graduate Emma Watson seems to have forgotten a very important piece of punctuation on her new tattoo.

Emma Watson, an outspoken, important and inspirational voice when it comes to the Time's Up and #MeToo movements, and for gender equality in general, walked the carpet at Vanity Fair's Oscars after party last night (March 4) looking every inch a legend in a black statement gown. 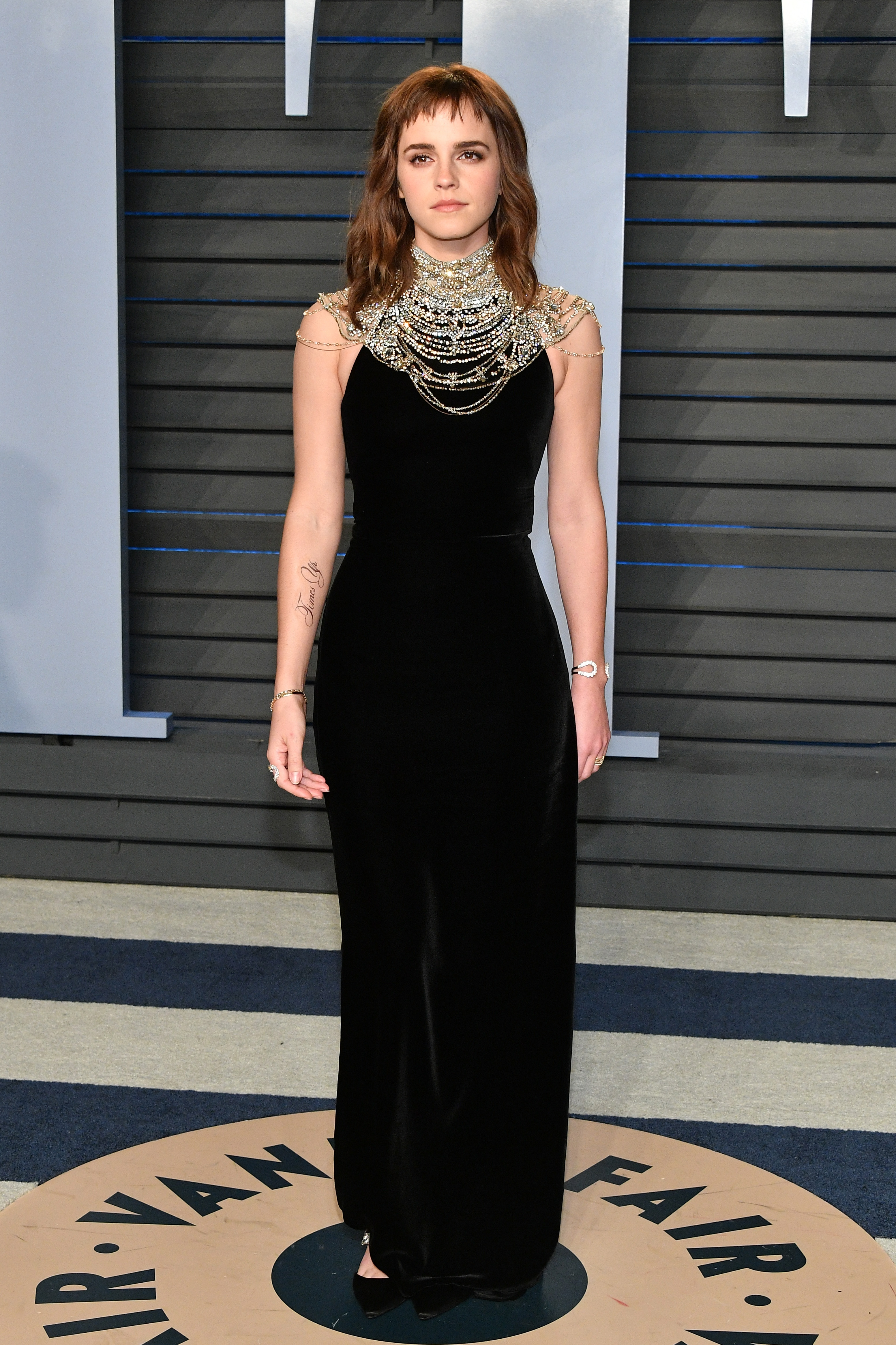 There was, however, something a little off about her look. No, it wasn't her tiny fringe - as many of you have pointed out. And it wasn't anything to do with her outfit either. It was ALL to do with her brand new temporary tattoo.

Instead of donning the recognisable "Time's Up" pin that she wore to the Golden Globes in January, Emma decided to be a little more creative with her statement this time around. She got a custom temporary tattoo transferred onto the inside of her right arm and proudly displayed it to the photographers on the carpet. It looked cool. Helen Mirren probably wishes she got there first.

But... um... there's a... There's a big spelling mistake on it. Well, a grammar mistake really. And it's kinda a little bit awkward. 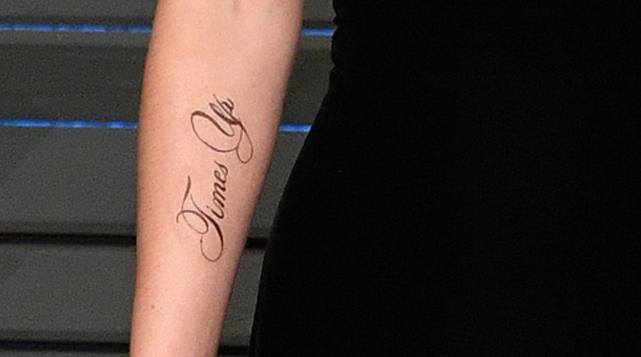 As pointed out by the grammar trolls of the internet, Emma's tattoo reads "Times Up" instead of "Time's Up". The apostrophe is missing. And as we all know, sometimes, apostrophes can be VERY important. Did it fall off in the car on the way there? Or did the Etsy seller completely fuck it up when they printed it out? The world may never know...

Thankfully, Emma's tat was only temporary. And you know what? WHO CARES? Because that little spelling mistake means tons of publications are gonna write about it (lol, hi) and millions of people are about to see it and be reminded of the important cause. So, we'll consider this as a win for Queen Emma and the Time's Up movement once again.