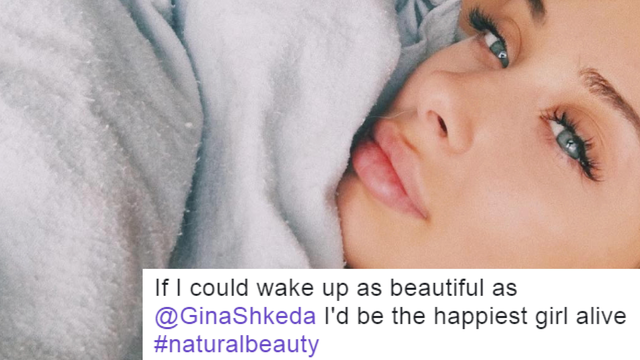 Gina Shkeda kept it 100% real and had the response of a lifetime.

It's easy to be blown away by how good looking people on the internet can be. Modern beauty means that you can now achieve the perfect "no makeup" selfie with a few enhancements and some good lighting.

Beauty YouTuber Gina Shkeda has previously given fans a glimpse into building her everyday look.

But she's also not afraid to be totally upfront with her fans about what it takes to achieve her beauty as well. 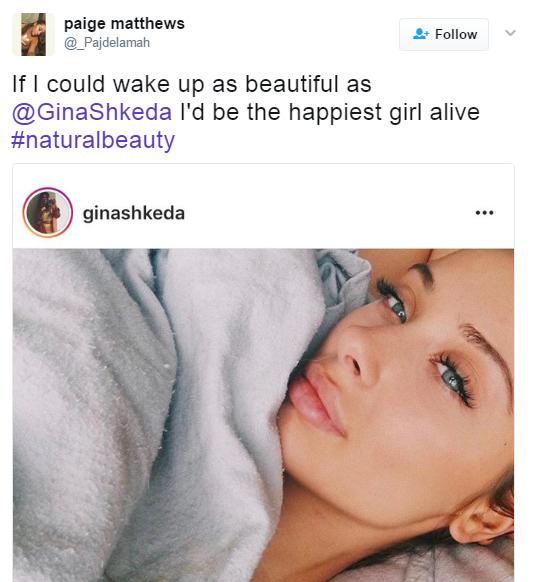 When one fan commented that she would do anything to have Gina's natural beauty, the YouTube guru had the perfect response. 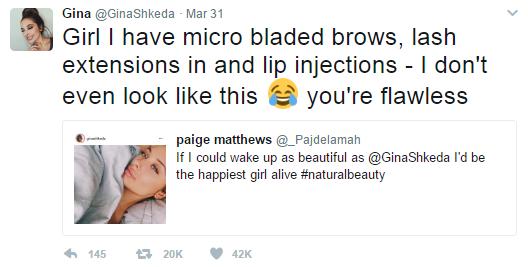 Eyelash extensions, lip injections, and micro blading aren't a big deal when it comes to beauty. They're not invasive procedures and they don't permanently change the way you look.

Gina's choice to be real with a fan shows that she isn't too self-conscious to open up about the different beauty enhancements she's tried. Being so open also helps tackle the pesky stigma around "natural beauty" versus "enhanced beauty".

People are loving Gina's response and can't get enough of the positivity.

@GinaShkeda Oh i love you for this!

@GinaShkeda @BiancaDanielleB LOVE HOW REAL YOU ARE !!!!!! Yesssssssss not many girls would admit to that

Let that be a lesson to everyone. Beauty isn't down to any one factor, whether it's natural or otherwise. May we all be as open and carefree as Gina.