"When you decide to exploit a movie that you hate for money and attention..."

Back in September, James Charles went to see IT in the cinema. He proceeded to sit on his phone the entire time and tweet about how much he disliked it. Finn Wolfhard, who plays Richie in the film, then called him out for it and that is the story of how World War Three began.

James issued a lengthy apology, claiming that while the storyline, the characters and the cinematography were all great, he was disappointed in the movie because he apparently thought it would be scarier, which is fair. That was the end of it. Life moved on.

Cut to two months later. The film is now the highest grossing horror movie of all time, the reviews are LIT, the memes are endless. And James Charles, infamous IT movie skeptic has decided to do a Pennywise makeup tutorial for his YouTube channel. Amazing. (His followers requested it, by the way.)

me sleeping next week when my IT tutorial goes live & half of the views are from angry stans calling me a hypocrite bc I said I hated it pic.twitter.com/bpqfCBvZ7N

Now eeeeeeveryone is dragging him for cashing in on the success of the movie online. Many are calling him a hypocrite and calling him out for trashing the movie and then jumping on the bandwagon for attention and likes after the publicity he got when Finn Wolfhard dragged him.

lol remember when finn dragged james charles for bashing IT’ ?? WHAT THE FUCK IS THIS IM WHEEZFIFJ pic.twitter.com/lzKIZ4xTGi

james charles trashed the movie???? and now he is doing a costume and makeup about it??? I don’t understand??? pic.twitter.com/djEnwEB1yZ

Even ya boi Stanley (Wyatt Oleff) from the movie tweeted about it, and ended up in a lil' *discussion* when YouTuber Shane Dawson piped up to defend James. James then called him out for making an 'unfunny joke' that he knew would result in him getting dragged. 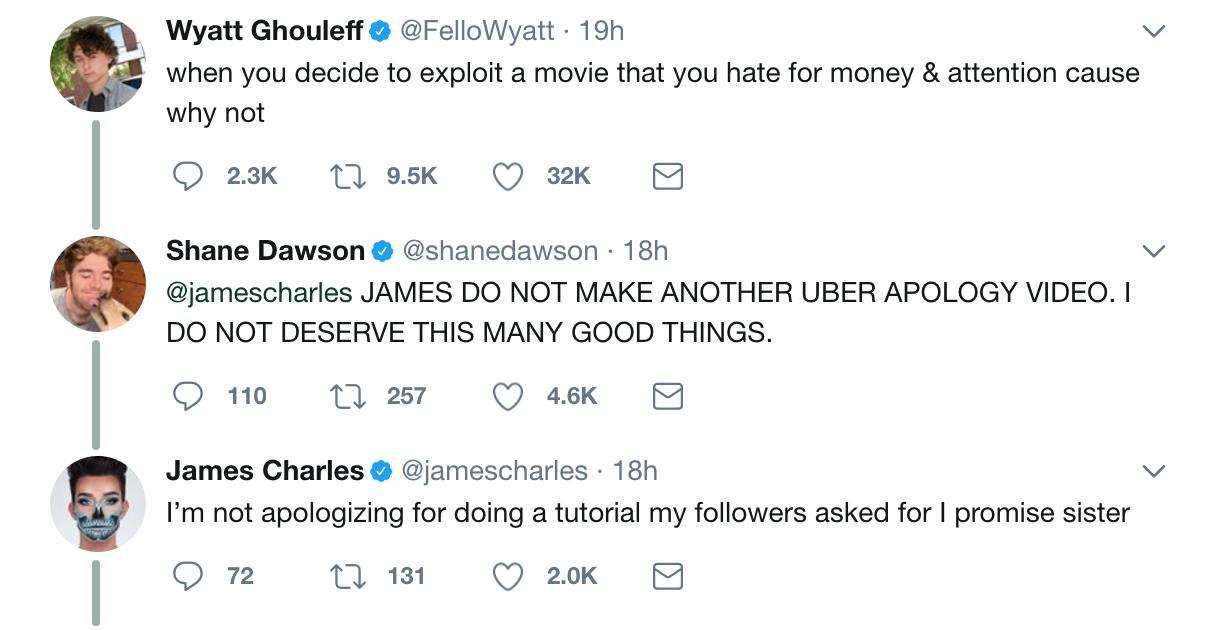 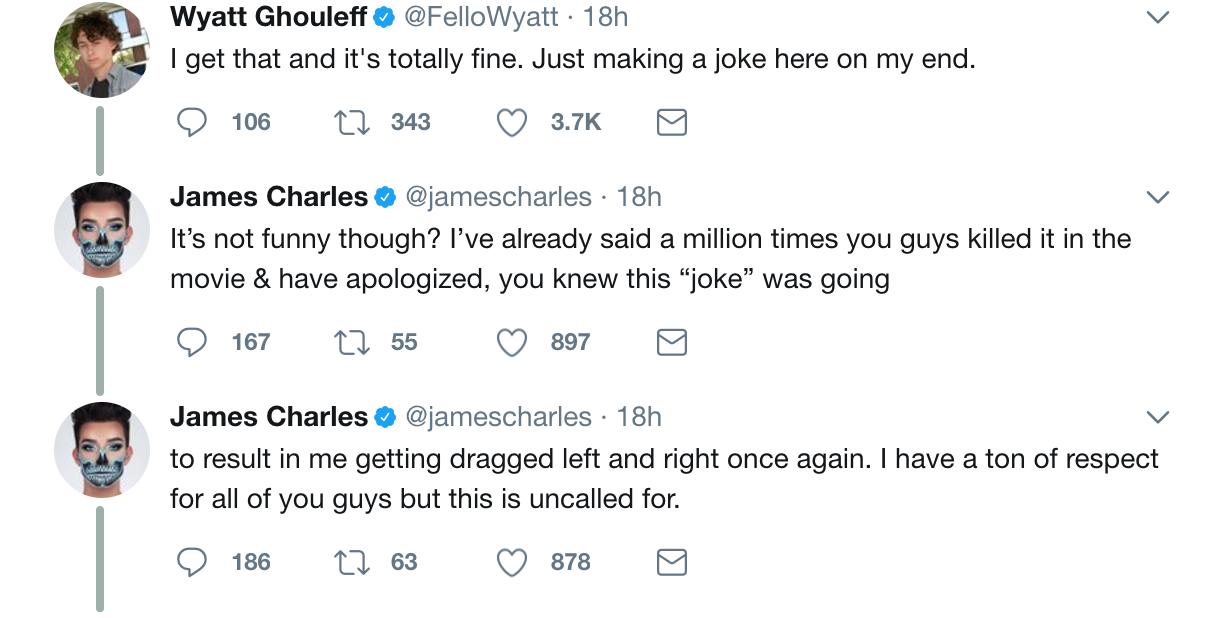 At the end of the day, you gotta do what you gotta do to get that paper. James is a very talented MUA. His Pennywise inspired look is flawless but you can't be mad at negative comments after you've previously dragged a very popular movie and its entire fandom. You're just gonna have to suck it up, babes. Sorry about it.

As the great philosopher Kourtney Kardashian once said, "There's people that are dying." Watch James' stunning transformation below, or not, if you don't want to: