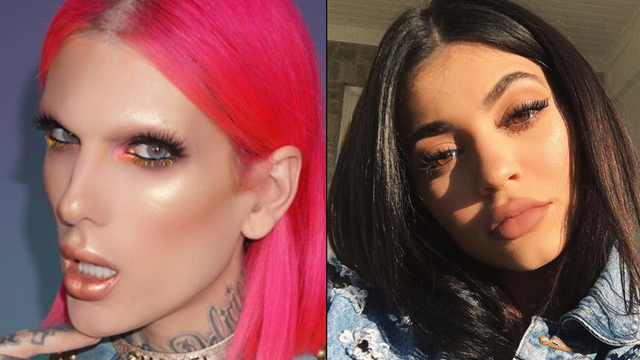 Jeffree has criticised Kylie Cosmetics products in the past.

Jeffree Star and Kylie Jenner are both established figures in the beauty industry, but they've given fans more than a few reasons to believe things between their brands aren't exactly warm. 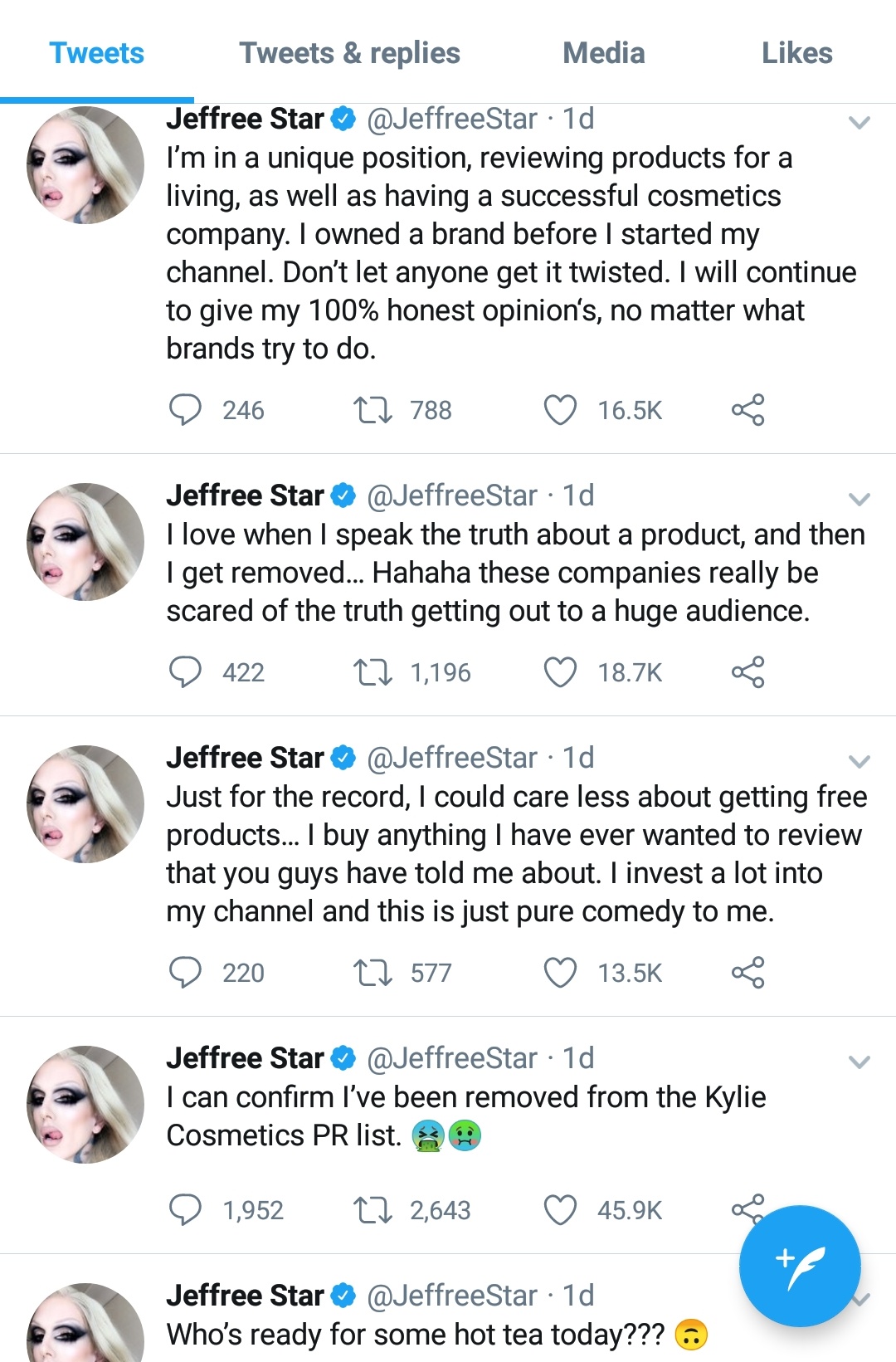 This has seemingly been a long time coming. Jeffree was among the numerous beauty influencers who criticised the expensive Kylie Cosmetics "luxury" brushes.

In a video which currently has over five million views, Jeffree gave his brutally honest opinion about the pricey beauty tools.

Jeffree has also called out the brand's quality in the past, tweeting out a photo of some scruffy looking lip gloss applicators he called "unacceptable".

So I got the new @kyliecosmetics lip glosses.... SO disappointed in this product. That wand is unacceptable. pic.twitter.com/NCkkUer2aV

In 2016, Jeffree threw some shade at the Kylie Lip Kit formula in an interview, saying, "she found a lab that makes a $5 formula and they're called Colourpop. They gave her the same exact one with her name on it and charged $20 more. I'm bored."

Jackie Aina recently called out the brand for failing to send products from their "inclusive" concealer range to black and brown beauty influencers.

In this industry, beauty influencers with large followings often receive products for free so they can give their audience a first look. However, these influencers can still buy the products themselvesand test them on camera if they want. They would just have to pay for the items out of pocket, something which a lot of influencers say they do anyway.

It's not 100% clear why Jeffree has been removed from the mailing list at this stage. However, his brutally honest take on the brushes might have ruffled some feathers over at Kylie Cosmetics HQ.