Jeffree Star And Manny MUA Are Being Sued For Copyright Infringement 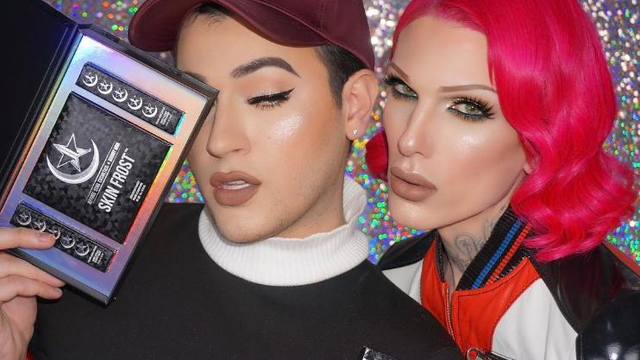 Their new collaboration could be in trouble.

Heavyweights of the beauty boy set Manny MUA and Jeffree Star have been working on something big. The pair are days away from launching their cosmetics collaboration, but a new legal filing could threaten to halt the line of lipsticks and highlighters.

Black Moon Cosmetics have filed a suit against the pair, alleging copyright infringement. The company say the logo Manny and Jeffree are using for their collaboration is similar to their own logo. The hologram crescent moon is a particular point of contention. Black Moon say their design is distinctive in the beauty packaging world.

The logo might not look terribly similar, but Black Moon Cosmetics included a screenshot of a conversation with Manny where he complimented them on their packaging.

They're using this to allege that Manny knowingly created a similar logo to their own for his collaboration with Star. The filing goes on to list examples of people confusing Manny and Jeffree's logo with Black Moon's.

via The McArthur Lawfirm

For now, the filing does not seem to have deterred the pair from moving ahead with festivities leading up to the launch. The collaboration party went on without a hitch--logo very much on display.

April 8th is the big day and it remains to be seen whether the lawsuit will prevent the pair from moving forward with their launch. Black Moon are seeking damages and an injunction.

WE’RE BACK! Listen to the #PopBuzzPodcast with Noah Cyrus right here or subscribe for free on iTunes to get new episodes sent straight to your phone every Friday.