Jeffree Star Is Being SUED For The Second Time This Year 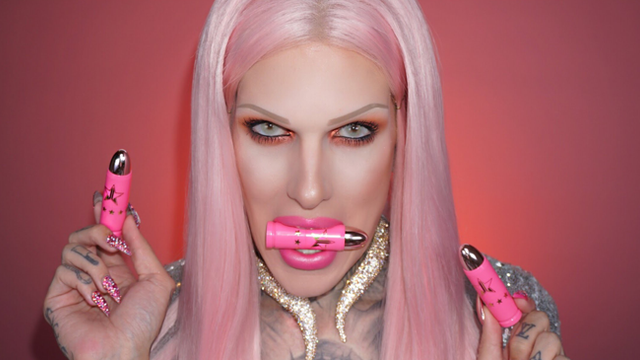 It's his second lawsuit in sixth months...

Earlier in the year, Jeffree and Manny MUA were sued by Black Moon Cosmetics over the packaging of their collab product. The case was later dropped and settled under confidential terms.

Now, indie lip brand LunatiCK Cosmetics have filed a copyright infringement complaint regarding the packaging of Jeffree's Lip Ammunition product. Court documents, which were obtained by YouTube channel Beauty Truth Sleuth, show a lawsuit filed on July 10th 2017 that claims Jeffree had copied the packaging of their Apocalipsticks - a design which is reportedly trademarked.

The documents also point out various promotional images from Jeffree's line which show striking similarities to LunatiCK's original shots including a product lying on a bed of bullets and a bullet belt armed with products.

LunatiCK began selling their Apocalipsticks in May 2015, while Jeffree Star’s Lip Ammunition dropped in September 2016. But people have also pointed out, including Jeffree on Instagram back in 2015, that 'Lip Ammunition' has been a concept since 2013 - before LunatiCK even trademarked their design.

Regardless of who came up with it first (honestly, a lipstick that looks like a bullet is not the most original idea in the world, is it?), the suit will probably be determined by who owns the right to the design and if Jeffree's product is actually in violation of those rights. If the case goes in favour of LunatiCK Cosmetics, Jeffree will probably have to pull the entire line of lipsticks and pay damages.

INTRODUCING.... Lip Ammunition a stick lipstick with intense pigment, coming in several finishes! ‪@jeffreestarcosmetics #‎Spring2016‬  They will be available early 2016!!! First to launch Creamy ‪#‎SatinFinish‬ and ‪#‎GlitterFinish‬ Wait, there is more!!!!! ‪#‎UnicornBlood‬ & ‪#‎CelebritySkin‬ shades will be available in a Satin Finish!!!! They will be $19 each, first shades are permanent AND they smell like ICE CREAM. 100% VEGAN and cruelty-free.  FUN FACT: I actually started & created this design TWO years ago and it got put on hold while I developed the liquid lip (which was supposed to come out after this product!) but the liquid lip design was done first so we moved ahead and have been perfecting the formula for months now! In an early interview with @trendmood1, I said these wouldn't be vegan.... BUT: after further education and research, my WHOLE line will be vegan. Hope all of my loyal customers are ready to try new products!!  this is just the beginning.... - #JeffreeStarCosmetics

The lawsuit was confirmed by LunatiCK cosmetics in a statement: "On Monday, July 10, 2017, LunatiCK Cosmetic Labs, LLC., a small, well-respected creator of cosmetic products with radically-themed presentations, filed a lawsuit in Los Angeles against Jeffree Star Cosmetics. Efforts to resolve the trademark dispute were unsuccessful. Despite LunatiCK’s best efforts with Jeffree Star, LunatiCK determined it could not, on a consensual basis, stop the larger company’s wrongful exploitation of LunatiCK’s protected mark status and was forced to seek the assistance of the Federal District Court."