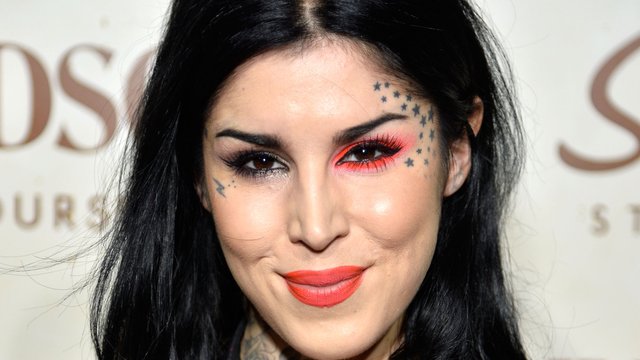 Would you have done the same?

Earlier this year Kat Von D announced a competition to promote the relaunch of her Saint and Sinner perfume collection. The competition offered one creative fan the opportunity to fly to LA, stay at a hotel, attend Kat's perfume launch party, and go on a shopping spree worth $500 at Sephora. Kat instructed fans to "post a photograph of yourself with Saint and Sinner inspired makeup based on Kat Von D’s photo posted in the contest post on Instagram."

The winner of this competition is now claiming she was disqualified from the competition for being a Trump supporter.

In an interview with The Witchita Eagle, a woman named Gypsy Freeman says she was declared the winner after submitting this photo. 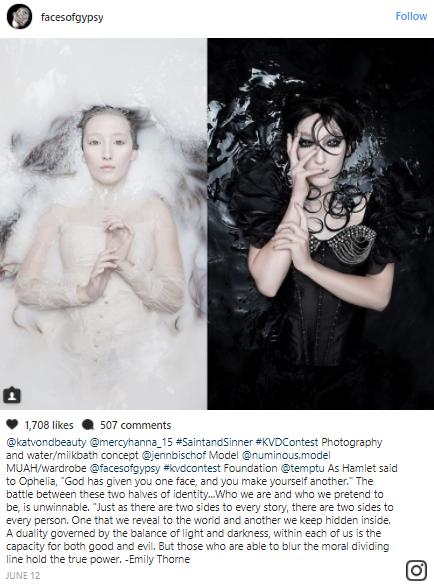 After Freeman was announced as the winner, fans did some research on the Kansas based makeup artist and found out that she was actually a Trump supporter. She made a "make America great again" post in 2016 which a few internet detectives managed to dig up.

In screenshots obtained by The Wichita Eagle, Kat Von D is alleged to have contacted Freeman to let her know that she could not offer her the winner's package after all.

"My launch party [and my brand] celebrates many things that Trump is against,” [...] "And I just need you to know that I personally have a hard time with inviting anyone who would support such an anti-feminist, anti-homosexual/LGBT, anti-immigrant, and anti-climate change fascist such as Trump."

Kat assured her that it wasn't about having political differences. It was a moral stance she needed to take.

"It’s not about inviting people based on their political stance – it’s just extremely difficult (borderline impossible) for me to be friends with or associate with anyone who would support a man who goes against everything I stand for. I would feel the same way towards people who supported Hitler, or any other fascist."

All evidence of the competition has since been scrubbed from Kat's social media pages. However, the photographer who shot Freeman's entry photo was able to attend Kat's launch.

Both sides of the argument can be understood here. The makeup artist did not want to be judged on her political opinions, but Kat would have been providing a HUGE financial and professional boost to someone who helped elect a president she is morally opposed to.

What do you guys think? Should she have just given her the prize and moved on, or was Kat justified in standing her ground here? Let us know in the Facebook comments!