Uh oh, People Think Kylie Jenner Has Been Stealing From Other Brands Again... 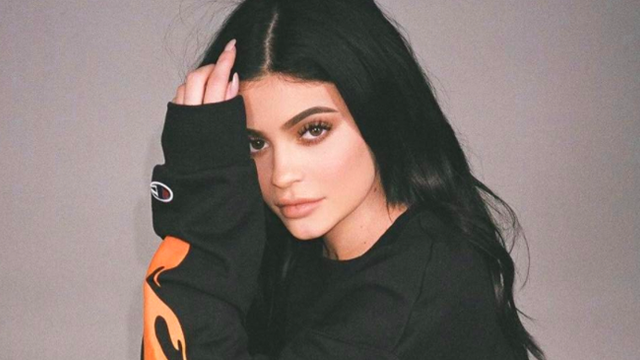 Another day, another drama that involves Kylie Jenner.

Kylie J just dropped her second line of merch online and in a NYC pop-up store. The collection includes a selection of bomber jackets with her Lip Kit logo on them, a fierce AF t-shirt featuring Kris Jenner flipping the bird that needs to get in my wardrobe ASAP, denim jackets, dad caps, bikinis, lighters and tracksuits that feature flames going up the legs and arms.

The flame tracksuit looks sick. But fans have been pointing out that she seemed to have copied the look from an indie fashion brand called Cake Asia and the comparisons are way too huge to ignore.

Seventeen have even pointed out that the two brands both used the same guy (rapper Offset) to model the identical tracksuits.

Along with flooding Kylie's Instagram with cake emojis, fans are also taking to Twitter to express their disappointment at the continued lack of originality that keeps creeping back into her clothing and beauty lines.

Kylie's merchandise is so whack. No originality or anything to it.

I could literally care less about Kylie Jenner. She's a straight up copycat with no originality whatever.

Kylie is always stealing someone's ideas, no originality. her line should be called Kopycat by Kylie.

But let's get real here for a sec. It's fair to say that neither Kylie nor Cake Asia INVENTED flames on black tracksuits, neither did ASOS, TopShop or Forever 21, all of whom are stocking some sort of variant on the design.

I see how Kylie copied that cake asia page, but then I feel like people have done flames on the sleeve before that too.

Kylie Jenner new line, Thrasher and Cake Asia all look the same plus they sell this fire lookin design stuff at Forever 21

In fact, the trend has been around since the 90's and it just so happens that Kylie is one of the ~LAST~ people to get back on the Thrasher/Hot Wheels hype. Here's an ancient artefact for reference, remember those?

@KylieJenner knew I recognised it pic.twitter.com/gCc0kV9Pgf

It's understandable though, because it's not the first time Kylie has been accused of ripping off other brands and people's looks. Back in 2016, she was called out by a make up artist who claimed that the youngest Jenner had been sleuthing her own ideas and visuals and recreating them for her Lip Kit collection. The issue has since been resolved but the receipts still live on...

Really @kyliecosmetics? Haven't you gotten enough 'inspiration' from me already? Left is a the work @juliakuzmenko, @brittrafuson and I shot a few months ago and right is @kyliecosmetics new campaign.

Is everyone right for calling out Kylie's latest merch line? Or should they just let the girl live and cash in on the trends in peace? Let us know in the comments.