The Stranger Things kids are no strangers to high fashion. In fact, they're probably the most stylish kids in Hollywood right now. Millie Bobby Brown was a front row guest at Calvin Klein's New York Fashion Week show this year, and the boys always look fresh on the red carpet.

Calvin Klein is not the only designer showing major love for the young stars. Louis Vuitton also wants everyone to know that they love Netflix's 80's tinged thriller, too.

The stars of Stranger Things made it onto the Louis Vuitton Spring/Summer 2018 Paris fashion week runway by way of the ultimate shout out. No, the kids didn't walk the show (although, it's probably only a matter of time).

Louis Vuitton designer, Nicolas Ghesquière did, however, send a Stranger Things t-shirt down the runway. 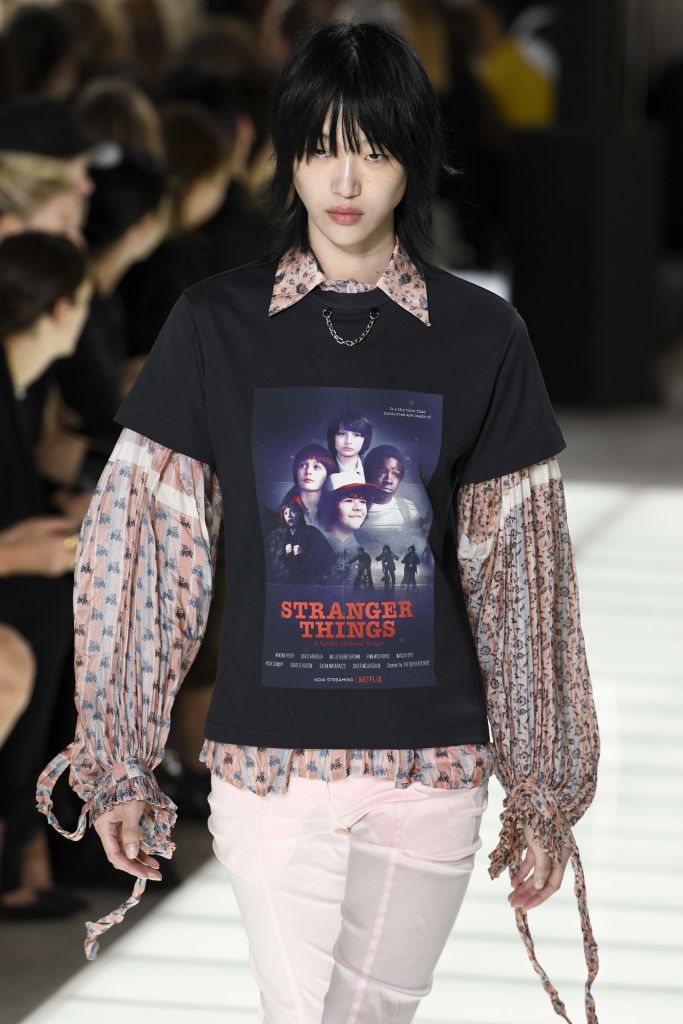 Weirdly enough, it kind of works. The t-shirt, which has all the kids' faces on it, SOMEHOW doesn't look out of place on this runway look.

This isn't the first time Nicolas Ghesqui has shown some love to our faves, either. The crew hung out with the designer at LV headquarters last year, leaving us all wondering WHEN to expect an official collaboration.

Stranger Things has infiltrated Paris fashion week in time for season 2 and now we're even more hyped to binge watch all the episodes in one sitting.