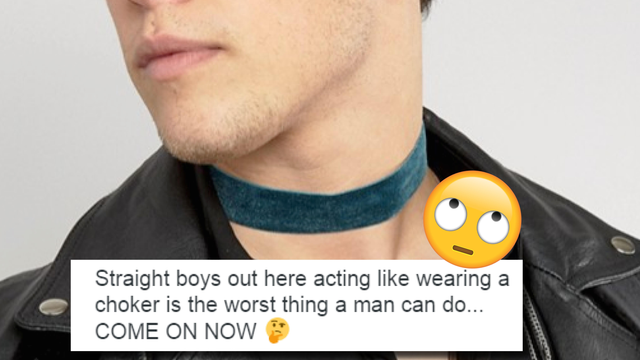 You know that old saying. The one everyone always says at the start of a New Year? "New year. New weirdly gendered item of clothing". That old chestnut.

British online retailer, ASOS have started 2017 off right by admitting that men can wear a piece of cloth around their necks too. Unsurprisingly, the internet has decided to be really weird about it.

Like this dude, who is about to be alive in the age of President Trump but says men in chokers will make him "lose faith in humanity". Ok. 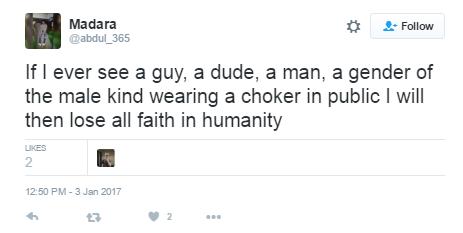 Or this dude who had his year ruined on January 2 by news of dudes in chokers.

Notwithstanding those pretty over the top reactions to ASOS' new men's chokers, you can't remind people enough that clothing has no gender, especially not a piece of cloth around your neck.

Here is what ASOS is actually trying to sell. 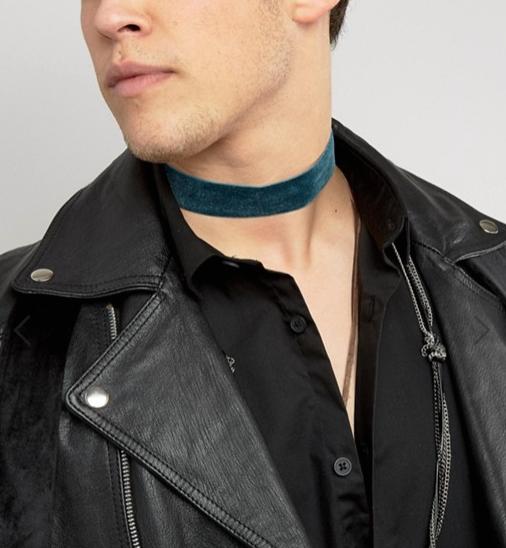 This particular design also comes in pink and there is a double layer choker in black velvet on their site as well. The design is cute, if not a bit basic. I guarantee you that men were buying chokers like this before ASOS sorted them into the men's section.

The idea of what men should and shouldn't wear has sparked some intense debate.

"Masculinity" (whatever that means) does not have to be so tenuous. Imagine being comfortable enough with yourself that you felt like you could wear any piece of clothing without being made fun of on the internet.

How can a man be this beautiful wearing a choker pic.twitter.com/oUwP39B2LY

Honestly, David Bowie didn't spend the 70s and 80s wearing lipstick and calling himself "Ziggy Stardust" so dudes in 2017 could say "chokers don't belong on men". Don't play yourself.

Also, in case ya'll forgot, Harry Styles wore a choker on the cover of Another Man last year so chokers were destined to become popular for dudes as well.

What do you guys think? Does it really make sense to say guys can't wear chokers? Sound off in the comments below!