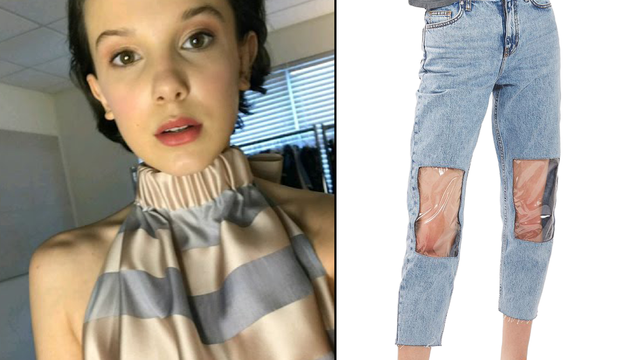 She makes them look so GOOD.

Do you guys remember a while back when "clear knee mom jeans" sent the internet into a tailspin? People weren't prepared for such a bold fashion moment and...we get that. We weren't ready either. 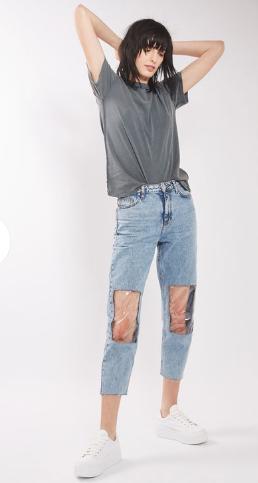 When we first saw the MOTO Clear Panel Mom Jeans we were like...

As it turns out, Millie Bobby Brown has no fear when it comes to her every day style. The Stranger Things star Instagrammed a photo of herself posing with Maddie Ziegler and fans peeped that she was rocking the viral denim.

We're shook because we previously declared these jeans unwearable. However, we are officially reversing our verdict because she looks amazing. Something tells us that Millie has either started a trend or solidified her place as the only person who can pull these off.