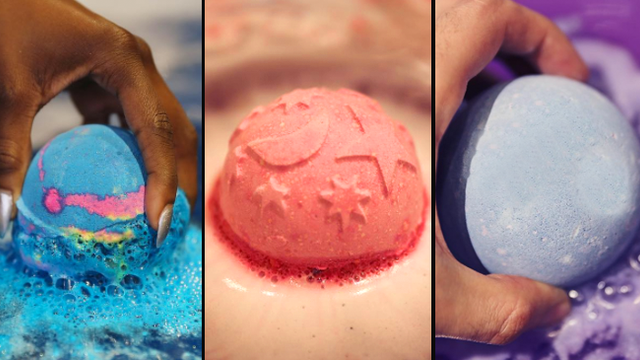 Alright, who doesn't love a bath bomb? Whether it's one that turns your bath water the deepest darkest shades of black or one that's been inspired by your favourite band, we'll take anything that gives us aesthetic goals. But if you could only use one bath bomb for the rest of your life, which one would it be?

Legend of bath bombs Lush have just revealed what their most popular product is. Out of ALL the insane and glorious products in their store, there's ONE product that manages to out sell all its other bath time friends and we bet you've been addicted to it too once in your life.

The Intergalactic bath bomb is blue on the outside with little swirls of pink and yellow on the surface. It's like a tiny little planet in itself, in fact Lush have even described it as "bathing in deep space".

When it's dropped into the bath, it dissolves into a full rainbow looking milky way.

And then leaves behind a deep blue pool of water in your tub.