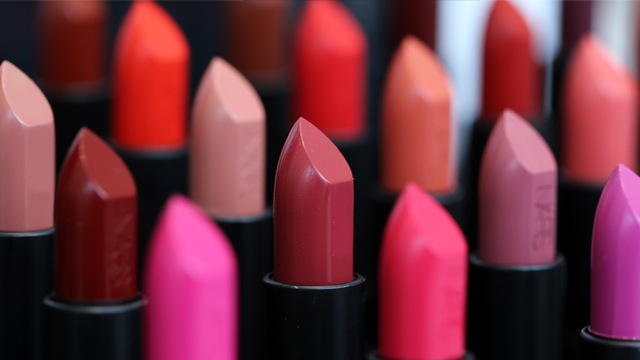 Time to think twice when you pick up one of their products now.

We don't need to tell you twice that animal testing is disgusting, it's ethically wrong and it shouldn't be done. Ever. Unfortunately, some countries still require animal testing by law on any cosmetic products sold within their market. China is one of them.

NARS Cosmetics released a statement on their Instagram last week announcing that they were going to bring their products to fans in China and surrounding regions... meaning their products are now being tested on animals to comply with those laws.

We want you to know that we hear you. The global elimination of animal testing needs to happen. We firmly believe that product and ingredient safety can be proven by non-animal methods, but we must comply with the local laws of the markets in which we operate, including in China. We have decided to make NARS available in China because we feel it is important to bring our vision of beauty and artistry to fans in the region. NARS does not test on animals or ask others to do so on our behalf, except where required by law. NARS is committed and actively working to advance alternative testing methods. We are proud to support the Institute for In Vitro Sciences (IIVS), a globally recognized organization at the forefront of advancing non-animal methods in China and around the world. NARS is hopeful that together, we can work toward a cruelty-free world. For more on the good work IIVS is doing, see: http://bit.ly/2rVjnwV

The statement says "NARS does not test on animals or ask others to do so on our behalf, except where required by law," which means that your US or UK-bought products may not have explicitly been tested on animals, but the company will now allow these tests to be carried out to comply with the laws in China. They also said that were working toward finding an alternative practice in China when it came to beauty products.

People are now boycotting NARS products after the revelation, claiming they have completely shunned basic animal ethics in favour of monetary gain.

Sad to hear NARS is making the choice to begin animal testing. You won't find one of their products in my bag from here on out. @NARSissist

Nars has chosen greed over compassion. A company going from cruelty-free to animal testing makes zero sense and is so backwards thinking https://t.co/wh7vsBBJZw

So disappointed to hear #NARS is no longer cruelty free. Animal testing is unnecessary, but the company chose profits over ethics. Pathetic

Will no longer be supporting #NARS cosmetics. Shame on them for violating their own principles on animal testing so they can sell in China.

@NARSissist if you don't agree with animal testing, don't enter a market which makes you a part of it. #NARSissist #NARS pic.twitter.com/5QAO4d8b6w

Kat Von D even slammed NARS on Instagram for their decision to start animal testing. She shared a horrific image of a rabbit who had been subject to animal testing (we won't post it, don't worry) with the caption:

"I was so sad to hear this news because for years I've supported NARS beauty products because they were one of the few artistry brands that didn't test on animals, and now I am so confused/heartbroken that after all these years they would choose a paycheck over compassion."

She continued: "After reading @narsissist cop-out of a statement, I'd like to say this to them: Using the excuse that you want to elevate artistry, is complete bullshit when it comes at this price. You are NOT at the "forefront" of making change when you consciously choose to test on animals. There are already non-animal tests that give far more accurate results than testing on animals and supporting that horrible billion dollar industry is criminal. Shame on you for hiding behind such a false marketing statement in order to line your pockets, while countless animals suffer. Please reconsider selling in China until the animal testing laws change. Until then, I along with many true animal lovers will gladly boycott your products."

I don't normally post graphic images on my Instagram, but due to the terrible news we all got… https://t.co/ztAttudlTT

If you're looking for some cruelty-free make up brands, we've compiled a list here. Cruelty-free poppin' highlight for all!