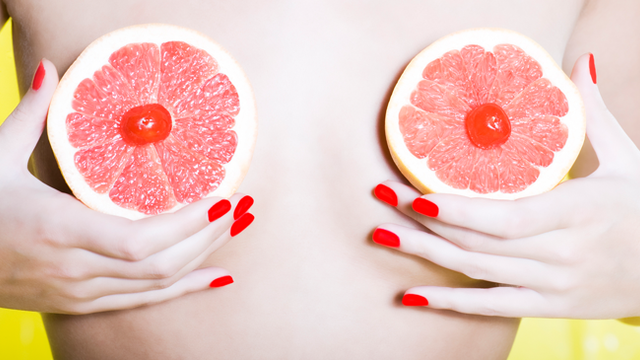 The battle to #FreeTheNipple rages on.

Let's talk about nipples. Nipples are great. Everyone has them. Some people might have three. Everyone has seen someone else's at one point or another in their lifetime. What's the big deal? Honestly.

On Instagram, it's become common practice for women to find pictures that feature their nips get removed for "inappropriate content", while guys are free to roam around with their nips out and post topless shots wherever they like. Chrissy Teigen once had her snaps removed from the platform for freeing the nipple in a photoshoot, yet Matt McGorry who actually photoshopped female nipples on to his own nipples to prove a point was able to get away scot-free.

ANYWAY, there has been an advancement in the #FreeTheNipple campaign on Instagram and it's quite the spectacle.

They come in all different shapes, sizes and colours and look - some even have piercings!

Ok, so they're not real nipples but this is what it's come to. Literally every single nipple, including nail art nipples, are acceptable on the platform EXCEPT THE ACTUAL FEMALE NIPPLE. Now, how many more creative and inventive ways can we get round the Nipple Ban before they finally cave?