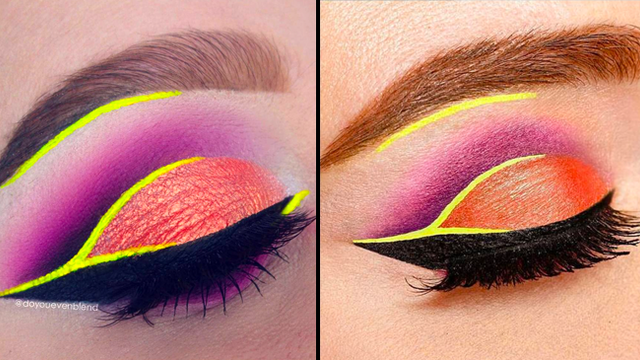 "This is not acceptable and incredibly disheartening." The brand have since apologised.

Having your original artwork and creations stolen or used without credit by other people can be frustrating to say the least - particularly if those "other people" are huge global companies with millions of followers. Sadly, talented small time makeup artists who post their creations on Instagram are finding this out for real far too frequently these days.

A few days ago, Australian makeup artist Katina (@doyouevenblend) discovered that Real Techniques (the makeup brush company started by one of YouTube's OG MUAs Sam and Nic Chapman) had added a picture to their Instagram account of a bold and colourful eye makeup look that felt ~pretty~ familiar to something she created and posted at the end of 2016. And when we say familiar, we mean... the same.

Katina's picture was uploaded to the gram on December 9th of last year. Real Techniques then uploaded the snap a few days ago. After clocking the similarities between the two looks, Katina decided to leave a comment on RT's Instagram to find out where they got it from seeing as she wasn't tagged or credited.

Real Techniques then replied to the comment claiming that the look was "created" by one of their make up artists. They complimented her IG profile and then offered to send her a gift.

Katina then replied to their comment by explaining that her original look had actually been RE-CREATED by their makeup artist. She also explained how disheartening it was for small time makeup artists to have their creations "stolen" by bigger, more visible companies. 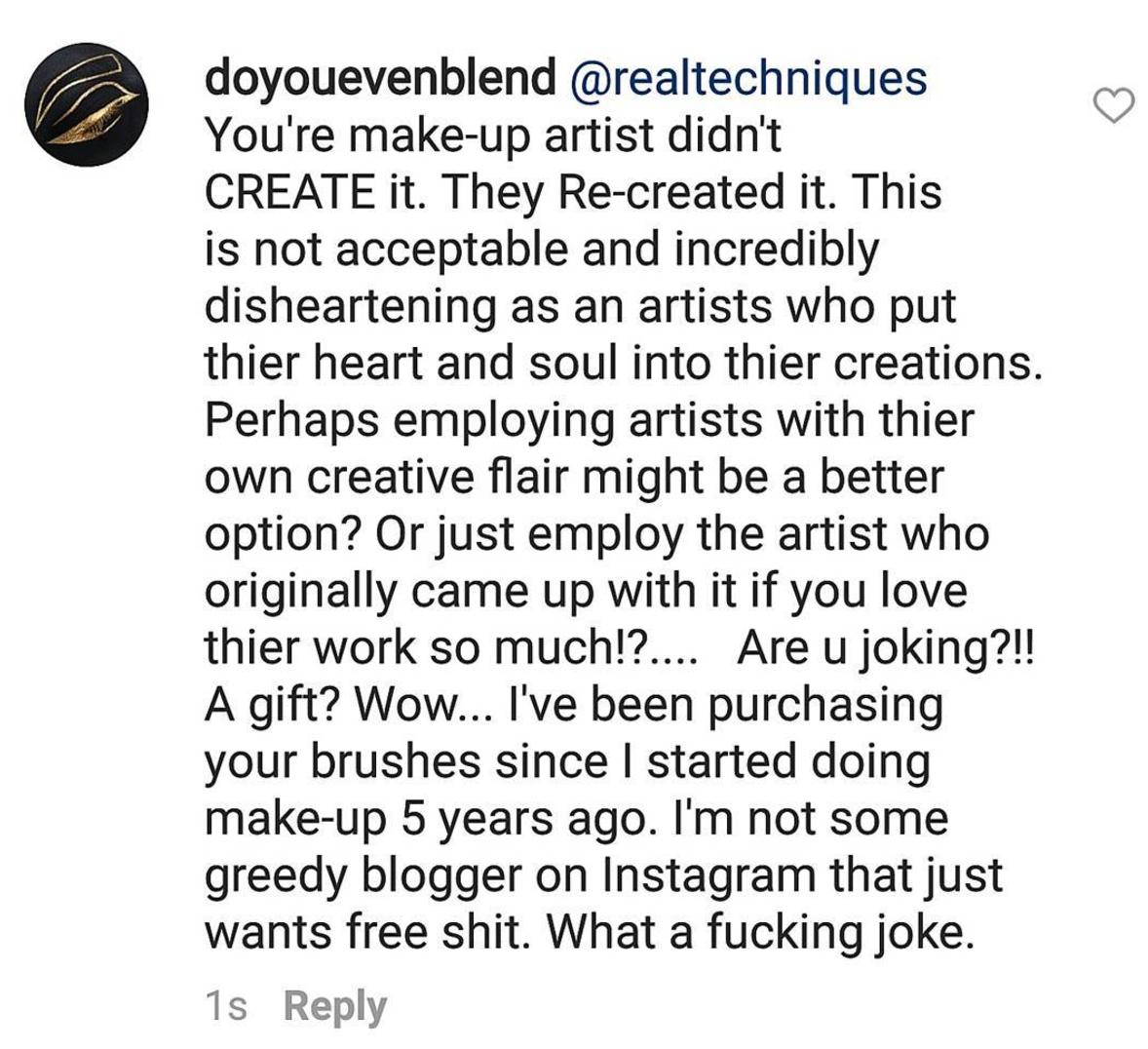 In the end, Katina got justice for her creation and Real Techniques removed their image and sent an apology. According to Katina, their actions and behaviour was "nothing but respectful during the process and I can't thank them enough for doing what was right and setting an example for the rest of the community."

Real Techniques later released a statement regarding the error: “We made a mistake and have since reached out to the artist to apologise personally. We are embarrassed by the situation. Real Techniques prides itself in being authentic to those who want to create, experiment and transform their makeup routines. We also apologise to our fans and followers.”

Katina revealed that she had received negative comments from fans of the brand who told her to 'just be flattered', 'get over it' and 'just take the gift and shut up' but they missed her point entirely. While it is sometimes hard to claim the sole 'creation' of a look, the blatant ripping of these smaller MUA's hard work and talent needs to stop.