Clothing brands choosing quirky and mysterious names for their items is nothing new. Mic is reporting on how one Brooklyn based retailer is catching some internet heat after an unfortunately named article of clothing caught Twitter's attention for all the wrong reasons.

UZI NYC is being called out for selling a $119 dress called the "refugee dress". 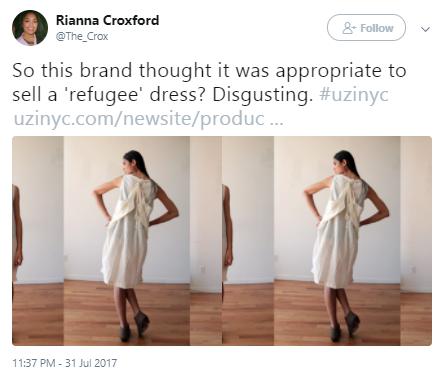 The dress comes in white, black, and navy and is described as "finely woven 100% cotton with slight wrinkle effect".

One of the more objectionable things about this has to do with the culture of minimalism. Wealthy people often pay hundreds of dollars for clothing that reflects a "minimalist" lifestyle. A plain dress called "refugee" does not take into consideration that many actual refugees flee their war torn home countries with little more than the clothes on their backs, forced into a "minimalist" lifestyle out of necessity, not choice.

This dress and its name gentrifies an ongoing global issue, putting an absurdly high price on trendy "minimalist" aesthetics. 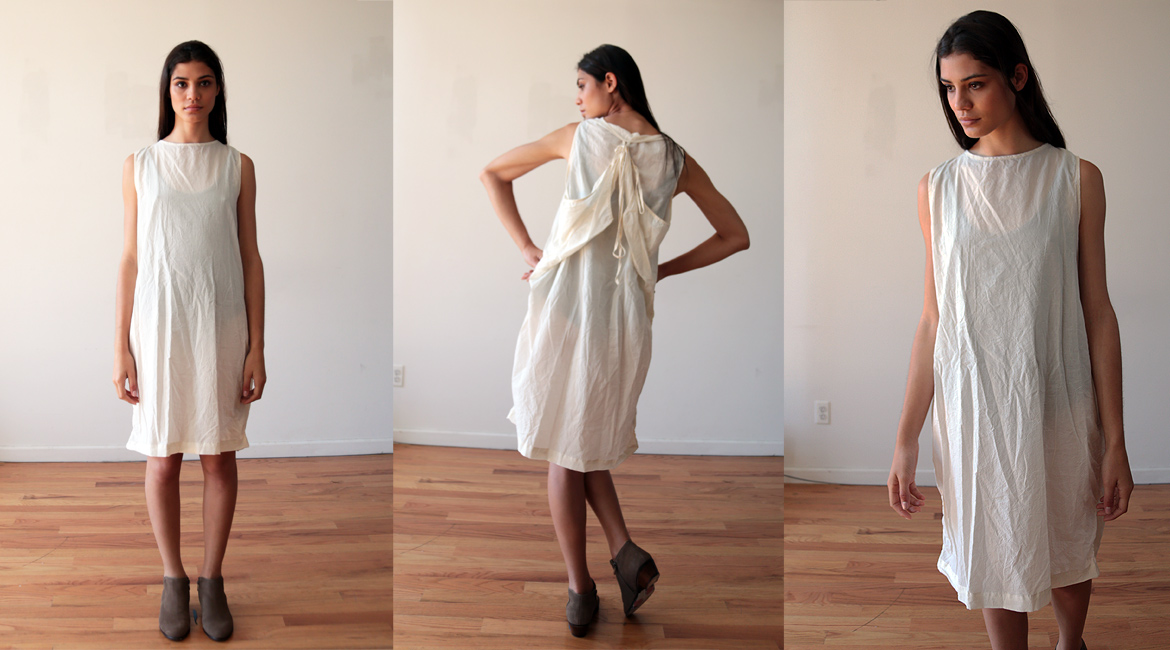 In an email to Mic, UZI NYC's co-founder Mari Gustafson wrote, "We could have named the dress anything we wanted but then we wouldn’t be having this discussion. The language we have used to describe our fabric is common within the fabric industry it in no way references human beings."

"We understand that we have unintentionally offended some people with whom we share the same concerns, but in that process we have also been able to amplify our shared message." Gustafson told Mic that bringing awareness to the global financial crisis in 2007 is what led to the name.

UZI NYC have since changed the name of the garment to "Oxford dress". This is all, of course, another clear reminder that, in 2017, words mean things.

If you're interested in helping out actual refugees, www.refugee-action.org.uk/ allows you to read their real stories and donate to benefit people who are in need.