Whether we like it or not, there's no getting around the fact that some clothing is just not acceptable in 2017. Whether it's because of a symbol or because of a controversial image, we do need to acknowledge that sometimes a t-shirt is more than just a t-shirt.

British singer Sam Smith is facing some backlash after being photographed wearing this t-shirt. 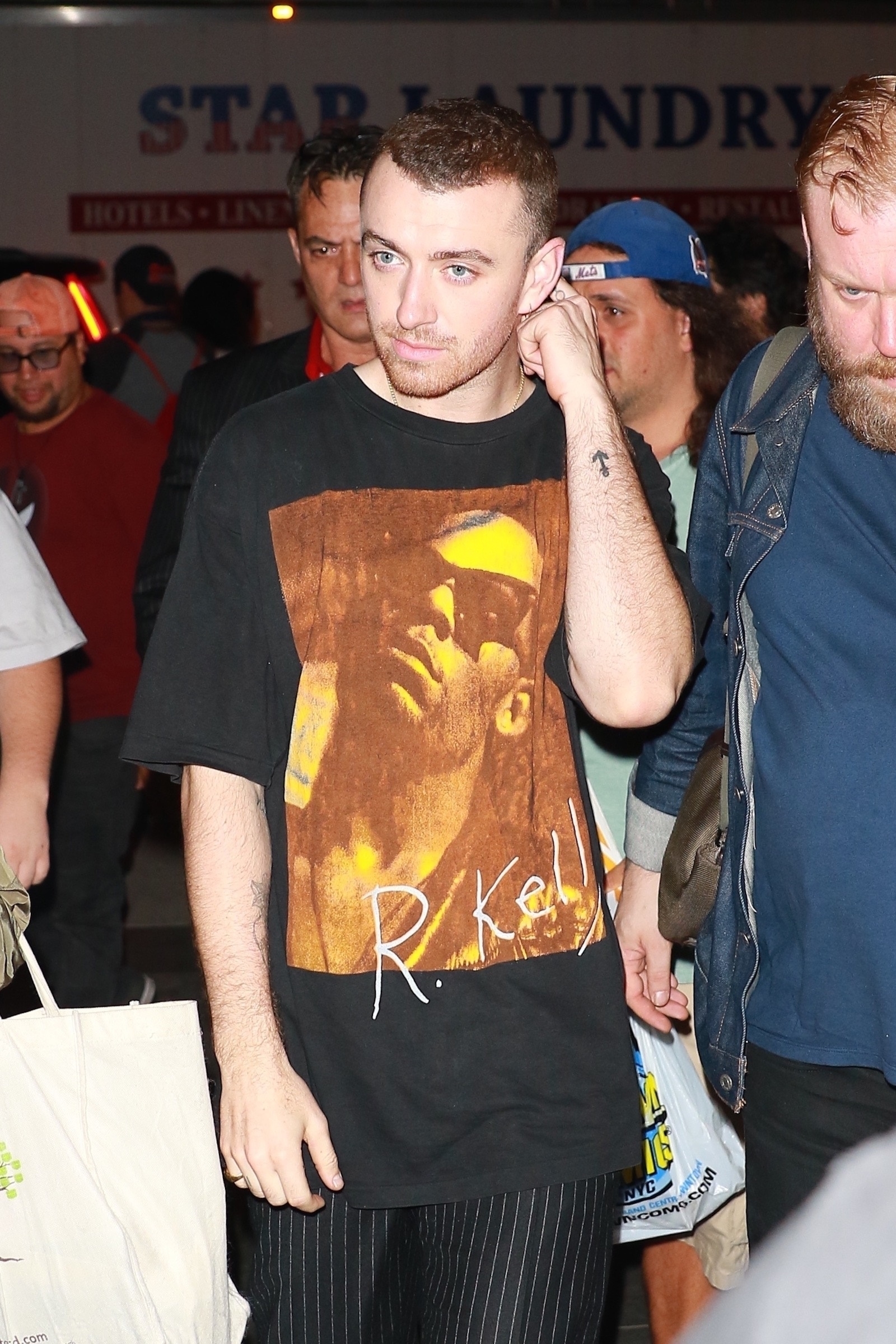 Sam was leaving an SNL after-party over the weekend and was spotted wearing a t-shirt with R Kelly's face on it.

For those not familiar with R Kelly's work, the singer is a prominent r&b performer who has had abuse allegations levied against him since the 90s. These allegations are especially serious, as they often involve young fans. 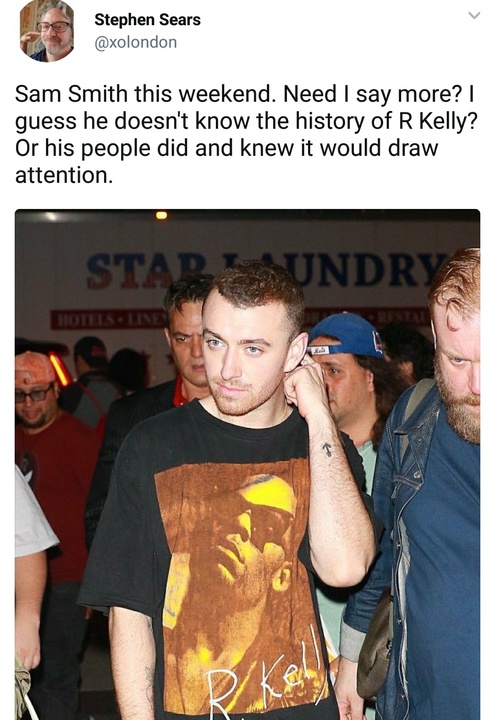 At a time when we should be scrutinising the behaviour of people in positions of power and supporting victims, Sam Smith rocking this t-shirt sends the absolute worst message.

It's entirely possible that both Sam and his stylist did not realise the implications of this clothing choice, but these aren't old allegations. We need to be having uncomfortable and PUBLIC conversations about the epidemic in the entertainment industry so that everyone--including Sam Smith, knows that this particular clothing choice speaks volumes.