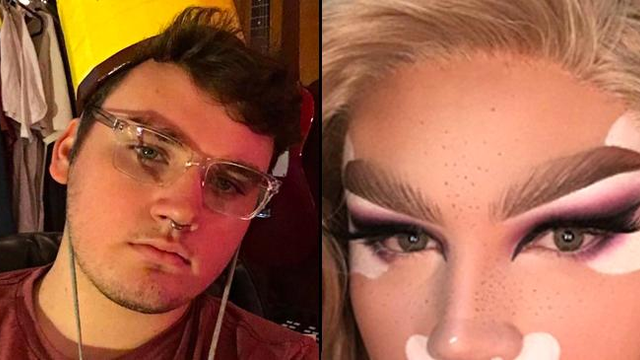 An apology has now been issued.

Beauty blogger who goes by the name Golgi Apparatus is being called out in the internet for a make up look that appears to be imitating a common skin condition called Vitiligo.

For those that don't know, Vitiligo is a long-term skin condition where pale white patches develop on the skin. It's caused by the lack of melanin in the skin and most commonly occurs on the face, neck and hands, and in skin creases. For some people with the condition, it can have a massive affect on their self confidence.

see what we're NOT gonna do here is mimic skin conditions and make them a makeup trend. She's cancelled. pic.twitter.com/NunrXfcryo

Understandably, people aren't impressed that the MUA appeared to take "inspiration" from a skin condition.

Really don't understand why people are comparing vitiligo to the freckles makeup trend. Freckles are most definitely not a skin disorder lmao yall rly........ yikes

This makes me LIVID. My beautiful cousin has vitiligo and was severely bullied her whole life over this condition. She herself is a work of art. This is not art.

okay so idk how to feel about this vitiligo inspired makeup. I personally don’t think it’s right to emulate someones disorder What are your thoughts? pic.twitter.com/52Yug9xuwW

Yeah just no. It’s borderline if not completely mockery. There’s beauty in people with vitiligo, there’s no question about that. But someone’s disorder is not a costume. If they were trying to portray/pay tribute2 a specific person with it though, that’s different

this is really gross & disappointing

thank you to @ESHAXQ for appearing on my tl and bringing this to mine & the internet's attention pic.twitter.com/JdCnA2lj1b

My Dad has vitiligo on his face, hands and arms and trust me, the amount of rude people that say “what’s on your face” / “what’s wrong with your face” to him is disgusting  https://t.co/lDkHPIiQig

Following the backlash, Golgi deleted the image from Instagram and uploaded an apology.

According to the apology, Golgi's look was inspired by this particular photo of drag queen Valentina although some people have still pointed out that while the side detail is similar, Valentina had no detailing around her mouth.

She already clarified she wasn't trying to look like she had vitiligo.  always mad about something. pic.twitter.com/9YMeLvD2uE

It's not the first time someone has gone viral for imitating the condition. Back in 2015, model Winnie Harlow (who has given people with vitiligo a huge role model in the beauty industry) had her say on the recent trend of MUAs taking inspiration from people with the condition.

"This is not appropriation, go look up the definition real quick!" she wrote on Instagram. "And it barely has anything to do with Vitiligo to be honest ... It's not actually about me or anyone else. It's about a feeling I've created, and what I represent to whoever draws me, tattoos me or recreates my look (regardless of race!). It's about the hope the pattern of my skin represents to THEM, it's You who places a negative on it."

Listen to the #PopBuzzPodcast with Julia Michaels and Grace from Clean Bandit right here or subscribe for free on iTunes to get new episodes sent straight to your phone every Friday.