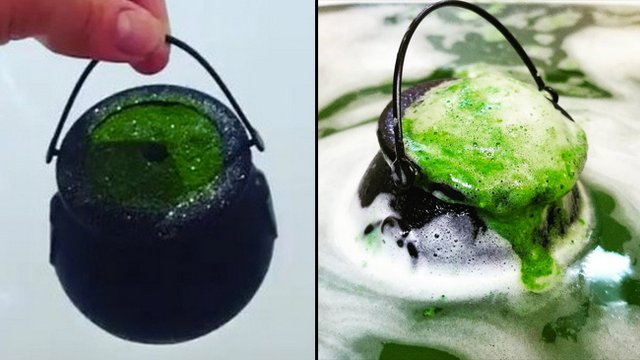 The geniuses over at The Mad Bombers have created the product which actually bubbles over for the ultimate Halloween aesthetic.

Wanna take a good soak this October 31st? Well then have we got the ultimate product for you!

The geniuses over at The Mad Bombers have created arguably their most popular (and spookiest) bath bomb ever - an actual bubbling witches cauldron!

Yes, fans of the company have been going nuts over these awesome video clips of the foaming product which turns your tub a creepy shade of green:

I would kill for a jetted tub also the best caption repost via @instarepost20 from @katherineeboyes Did you really use a bath bomb if you didnt take a video of it? Loving my bubble and boil from @themadbombers #themadbombers#cauldron#witch#bathbomb#sogreen#loveit#wantmore

Shut up and take our damn money!

In fact, the product is already so popular that the company are currently completely sold out but, dont worry, they already have more supplies ordered so we can all make sure we have one of these bad boys in time for Halloween.

In the meantime, while you wait, check out their Etsy store where you can get all manner of similarly scary products including a bomb based on the movie Saw.