QUIZ: Are You More Hot Topic Or Urban Outfitters, Really? 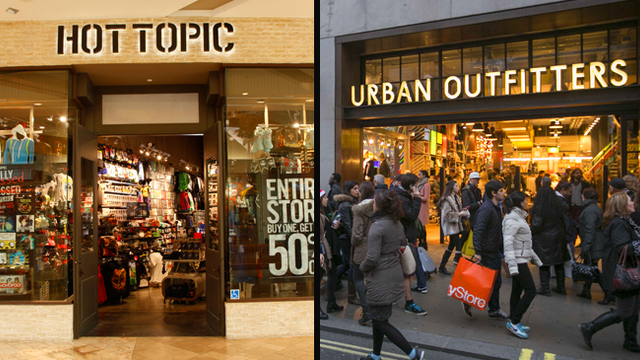 You can only shop at one store... but which one?

If someone asked you where your favourite place to shop was, we bet the first answer out of your mouth would be either Urban Outfitters or Hot Topic, wouldn't it? But if you were only allowed to shop at ONE of those two stores, which one would you choose? To save you from making that difficult decision, you can find out below in this highly scientific and not at all fake quiz.

How To Watch The Met Gala Red Carpet 2018

QUIZ: Which Lady Gaga era are you?

QUIZ: How many of these Drag Race queens can you actually remember?